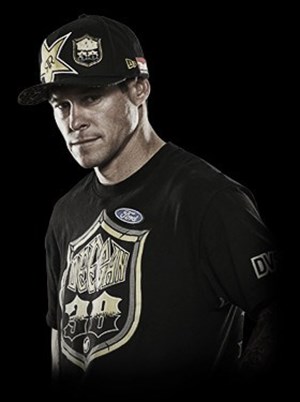 First time I met Brian Deegan was years ago when Metal Mulisha was touring Australia. Despite being a lifetime bike rider I’d never seen one of their shows, had no idea who ‘Deegs’ was and was only interviewing him because a magazine called ‘Australian Tattoo’ wanted a feature on the Mulisha’s interest in tattoo art.

Seeing as the bloke’s so well known back in the USA I guess I’m lucky he didn’t bite my nose off for being totally unprepared. But he didn’t, he just grinned and told me about his love of ink and how his dad, a school inspector back in Omaha, probably wouldn’t approve. Brian, and his heavily tattooed mates, were some of the nicest blokes I’d met.

Yet there’s no doubting he’s a true modern American hero. From humble beginnings – he left home with an old truck, a credit card and a motocross bike at the age of 17 – the man his fellow racers call ‘the General’ has built a solid track record of wins in off road motor sport in the last couple of decades. He pioneered action sports and freestyle motocrossing and all while running the number ’38’.

But to be a real hero takes a lot of blood and guts and Brian’s spilt plenty of both.

“Nothing comes easy if you want to win” said Deegan after shattering both wrists, his femur and loosing five pints of blood during a freestyle motocrossing competition. But he was back six months later, competing and winning the Summer X games. He was the first rider to complete a full 360 degree. Other riders had tried, they just hadn’t got to the landing bit. 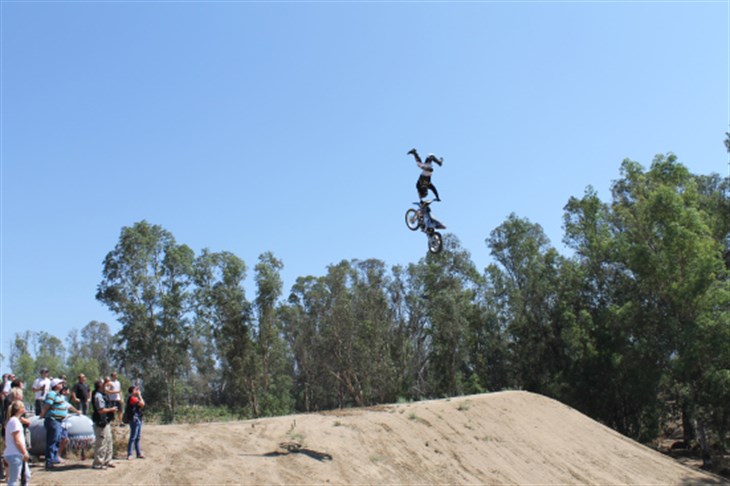 Yep, there’s something about the way Brian handles pain itself that lets you know he’s the real deal. Brian never quits, he never gives up. That’s what being a hero is all about and why our American cousins worship this little guy with the shaved head and the athlete’s body. While pulling a 360 degree twist in front of the cameras he landed short, stabbing a handlebar through his guts.

Deegan lay on the ground, twisted in agony and sure he was dying. He’d ripped a main artery off his kidney. The only thing stopping him from bleeding out was a piece of kidney that helped block off the artery. In the end it cost him a kidney and a scar across his belly he calls his ‘zipper’.

Back in hospital recovering from loosing his kidney Brian decided to have surgery to remove all the hardware from his body collected in a lifetime of high speed spills, all the metal plates, screws and rivets that various orthopaedic surgeons had used to repair so many broken bones. That’s the sad reality of freestyle X games, the ones who pay the biggest penalty are the athletes themselves. After being sliced up just about everywhere Brian said the biggest problem was not getting addicted to the painkillers.

His own style of motocross was punctuated with other dirt competition efforts like some short course off-road racing in the Lucas Oil Racing Series where he won the championship in 2009 in his first year and the Rally Car Super Rally racing at the LA Coliseum where he finished second behind Tanner Foust. At the 16th X games alone he won two silver medals. At the 17th X games he won gold in rally cross. X games are those incredible stadium based freestyle motoccross competitions that see as much carnage as they do trick style riding.

By 2012 Brian was driving the Metal Mulisha Monster Truck in Phoenix Arizona and made it through to the Monster Jam World Finals only to injure himself again during practice. Yep, and now, having showed the world a new way to ride a motocross bike, he’s out there jumping his Pro 2 Ford racing truck well over sixty metres at a time. 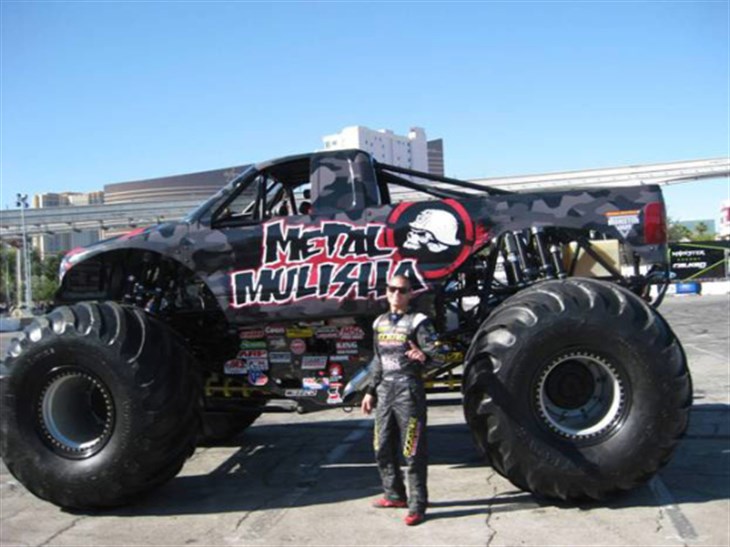 So just as the original Mickey Thompson was a pioneer off-road racer and competitor who knew no fear and constantly pushed the boundaries of what was possible, Brian Deegan is his modern day equivalent. He’s as careful and as innovative as Thompson was himself but just like Mickey, once the motor’s running, watch out because nothing’s going to get in his way.

Yep, it sure makes sense that Mickey Thompson Tires would want Brian Deegan helping with design and development of their new generation off-road rubber. Calling it the ‘Deegan 38’ is to tickle the hero bones of all action sports loving Americans. 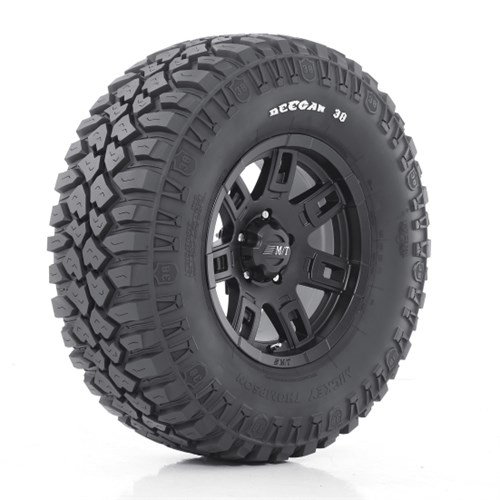 There’s a lot of similarities across the board here and for Deegan to be involved means America knows this is a product that works. But on a personal level I can’t resist asking Brian, here at his ranch in California with his kids playing in the house and the grapes growing on the vines, whether it was worth all that pain and suffering along the way. All that hardship, those long stays in hospital and the constant day in day out training hitting the ramps to stay not just in form, but out front. 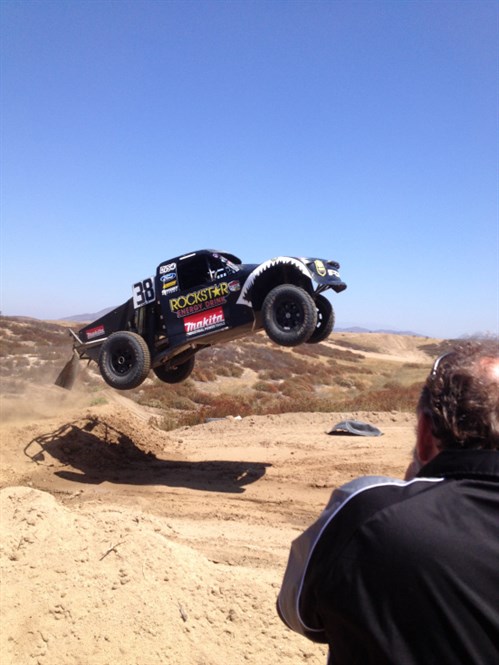