Wow what a great weekend for Off Road Racing! The annual Sealake Malley Rally held in Central Western Victoria, also being round 3 of the ARB Australian Off Road Racing Championship.

With over 90 competitors registering it was always going to be a great event. The weather was cold and overcast plus rain in the lead up made conditions slippery and trying on both man and machine.

On Friday night the entire town turned out for scrutineering and the fireworks display which got them up close and personal to the off road weapons.

Saturday was the prologue and top ten shootout with Team Mickey’s Glen Owen coming out on top, just behind him was Andy Brown in his MTZ P3 equipped Saber unlimited buggy.

Team Mickey also qualified well in other classes. Ivan Robertson in Class 4, Aaron Nicol Class 3 and Bernie Clohesy Class 5. Sunday was going to be a long day with everyone hoping for a dry track.

The track was still very slippery in many sections on Sunday with plenty of competitors underestimating the lack of traction in the salt based mud. This mud also played havoc on plenty of electrical systems. CV joints and brakes. After leading for most of the race Glen Owen broke a throttle linkage putting him out only 50 klm’s from the finish, Andy Brown retired earlier with a destroyed gearbox cooler and Ivan Robertson had a piston that decided it wanted to become a two piece.

This left local Cam McClelland out in front, he had worked his way up the field during the day with a great drive. You could not have had a more happy winner, he had been trying for over 20 years and deserved the accolades. Cam put his win down to the extra traction and performance he has gained since switching over to Mickey Thompson.

Team Mickey had success all through the classes: 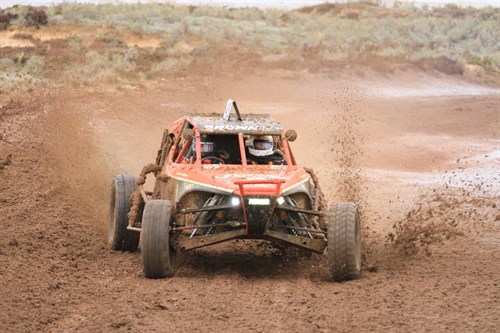 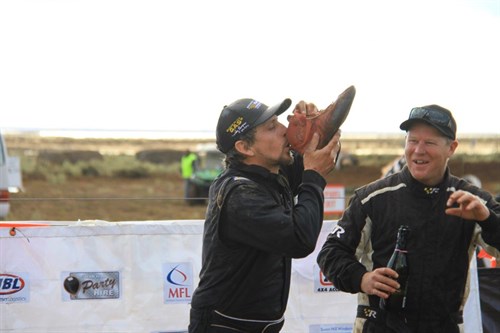 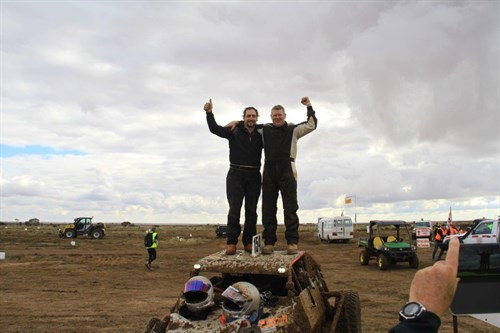 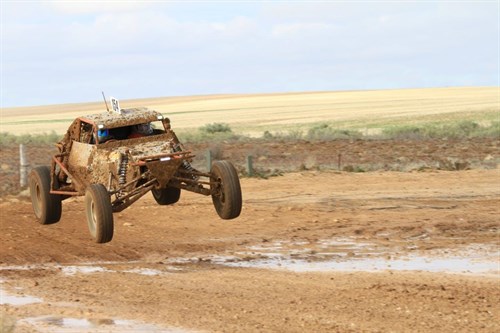 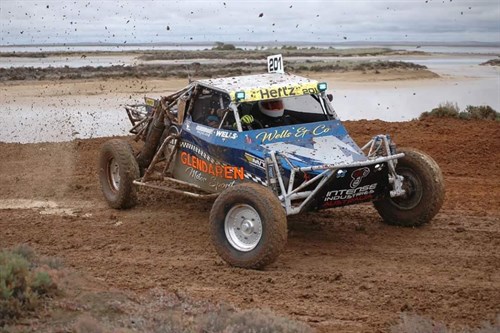