Our Racers Went On The Ultimate Bucket List Trip To The USA, Here's What Happened.. 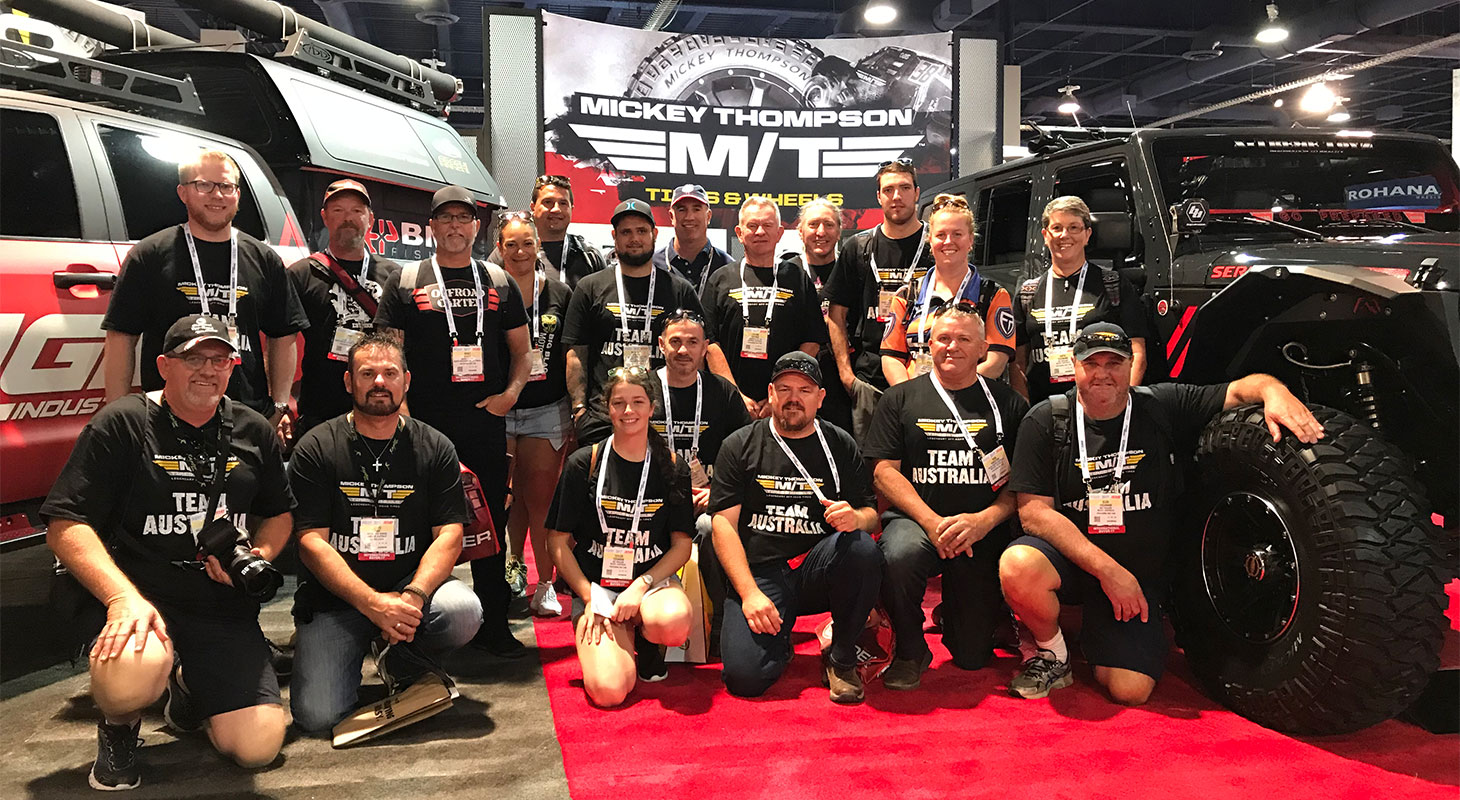 Being part of Team Mickey Thompson gave some of Australia’s and NZ’s off road champions the opportunity to join us on the ultimate bucket list trip, Sema 2017 in Las Vegas USA.

A group of 23 enthusiastic Aussie off roaders, and 2 Kiwi’s from Big Black Motorsport headed off for the USA late October, with the first stop being Temecula California and Brian Deegan’s Ranch to meet up with the Mickey USA guys. 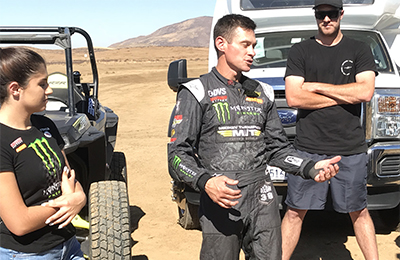 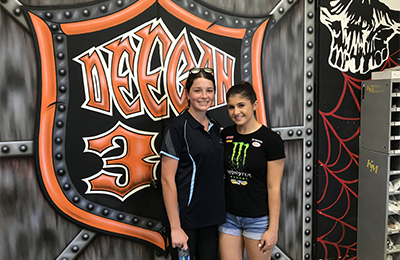 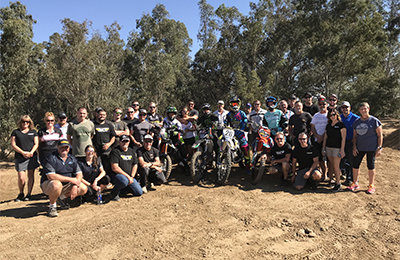 They were treated first up to a display of motorbike aerobatics by the Metal Mulisha boys having a practice. Those guys are nuts! Brian was also showing why he won so many gold medals at the X Games events. He is even crazier!

The team then headed off up the paddock where Brian fired up his Pro 2 truck and sprayed a bit of dirt and dust about, jumping it like he had ultimate control. No wonder he was champion in his first year racing these beasts. After a chat and autograph session with the team it was time to head to the nights digs in Pomona, and after 14 hours flying there were a few tired souls on the bus.

We weren’t finished in LA yet. An early morning visit to Kar-Tek Off Road to spend some money saw the team gain a large amount of excess baggage and the Kar-Tek Off Road staff their Xmas bonus. This place had everything possible in off road, truck and buggy parts. Even a Pro-Lite truck in the showroom for sale. Tempting for some, but it would not fit in the standard Qantas baggage space so it was left behind. After a short trip back to the hotel and a five minute walk, we all ended up at the Wally Parks NHRA Motorsport Museum. This place told the history of motorsport from the very beginning. 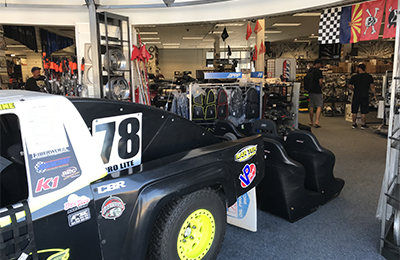 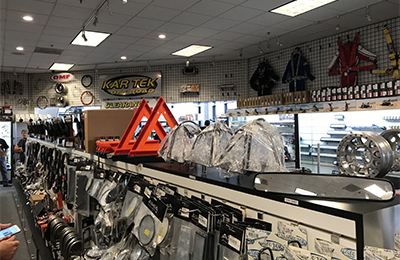 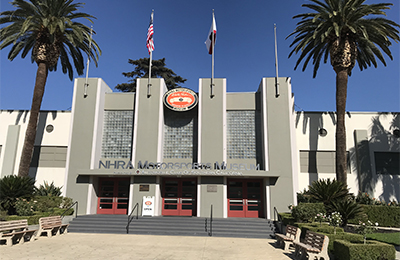 The next day the team headed to Las Vegas, many never being there before were amazed, especially finding pokies in the arrivals hall at the airport. Nearly everyone took advantage of a full free day to explore Vegas and its surrounds. Some toured the Strip, some Hoover Dam, some the Grand Canyon and others chose to catch up on their beauty sleep. 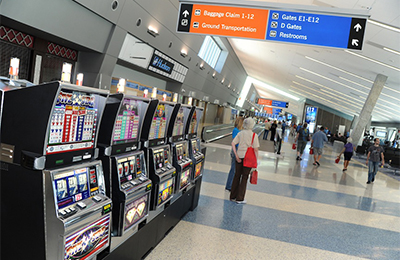 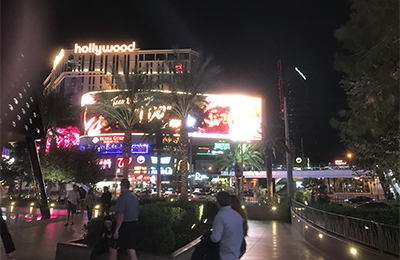 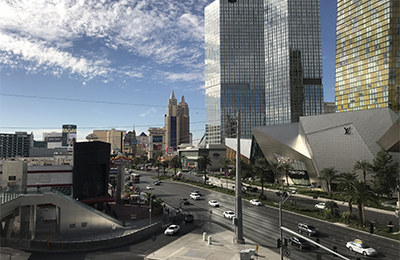 Tuesday it all started, the Sema Show. Very overpowering with the crowd, 160000 people, and exhibits from static displays to mustangs and F trucks doing donuts in the car park. So much to do, see and take in. We all headed straight for the Baja display to check out the top competitors vehicle for this year’s Baja 1000. After a full day of walking around with our mouths open it was time to wander out to the Las Vegas Motorsport complex and watch the Baja qualifying. Feeling the earth turn under us when these trophy truck accelerated with their 900 HP engines was just amazing. A few thrills and spills happened on the track and after a tour of the pit area, thanks to Peter Lukcraft’s charm, it was time to head for some well-deserved rest. We had a lot of dust to wash from our throats. 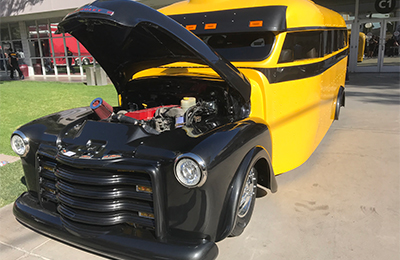 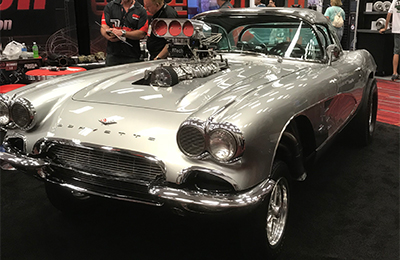 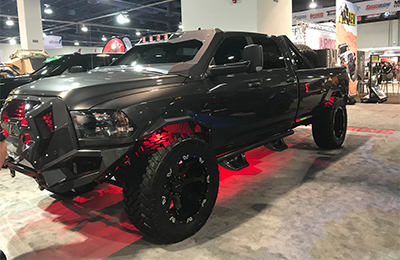 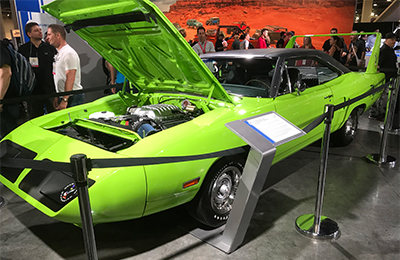 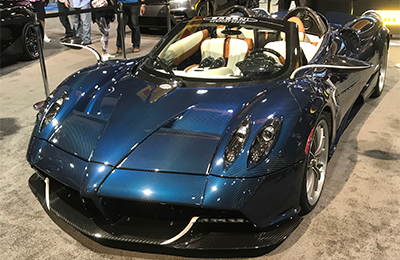 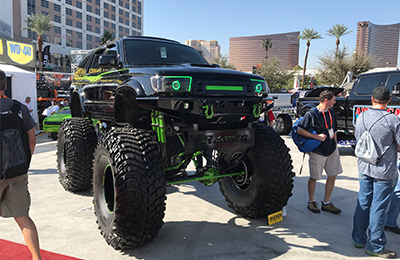 The following 2 days seem like a blur, truck after truck, Jeep, after Jeep and hot rod after hot rod. Every corner you turn posed a new sense of WOW. This place and show should certainly be on every motor nut and off roaders bucket list.

Our last full day in Vegas was Friday, and we had to try and top the things we had already done. We all wanted to drive something fast, so we decided a Nascar was something none of us had done before and probably would never have the opportunity to do again. Back out to the Las Vegas Speedway we headed and met up with the team from Richard Petty Motorsports. They lined up 6 vehicles for us, and we all took turns and squeezed our temple like bodies into them and proceeded to STAND ON THE GAS. These machines were certainly different to what many of us were used to, and driving around a banked track was challenging. It sure was a fun way to finish off an epic trip. 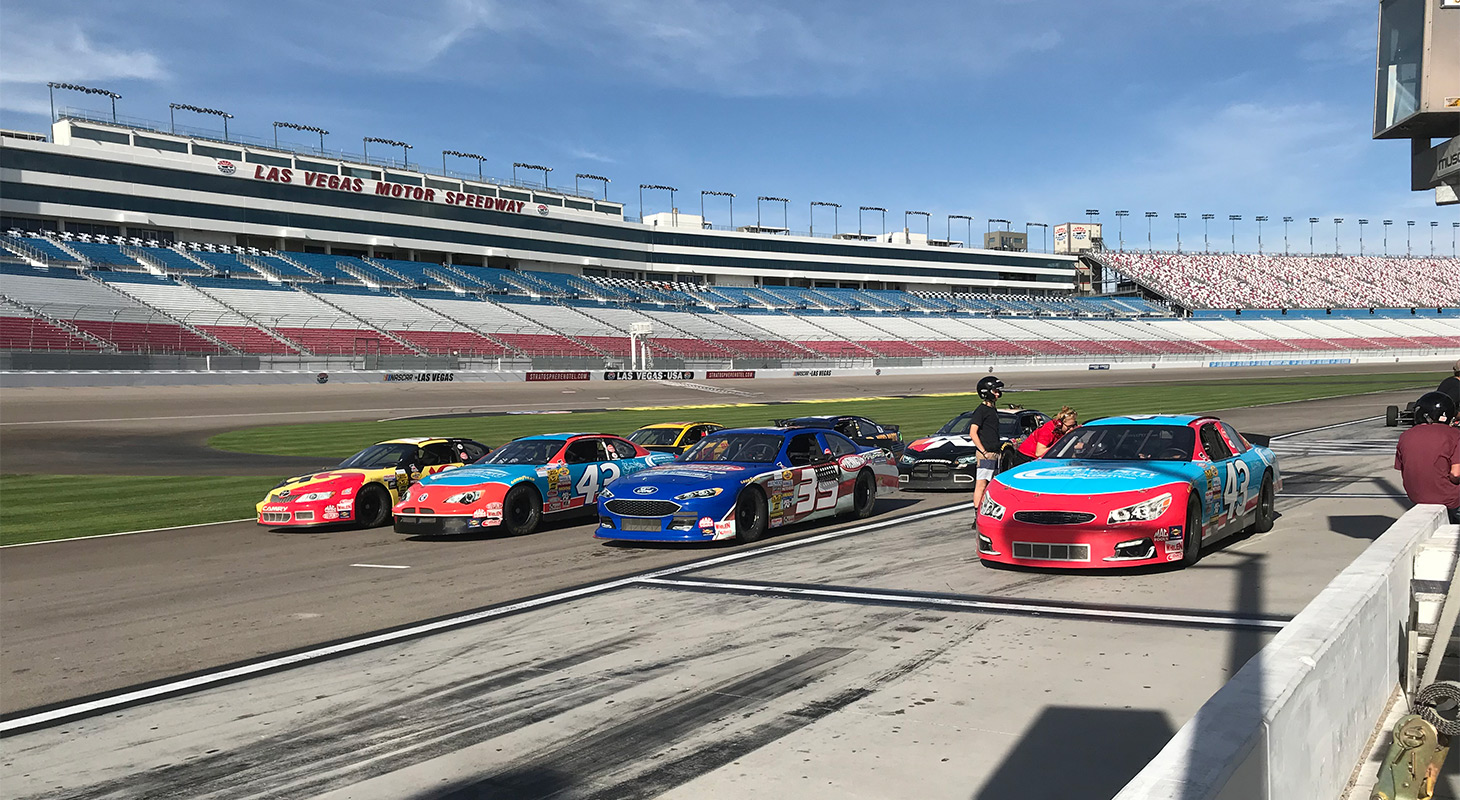 We are planning to run a similar trip next year for Team Mickey Thompson members, so watch for the report on that one, it will be epic!

Our Racers Went On The Ultimate Bucket List Trip To The USA, Here's What Happened..