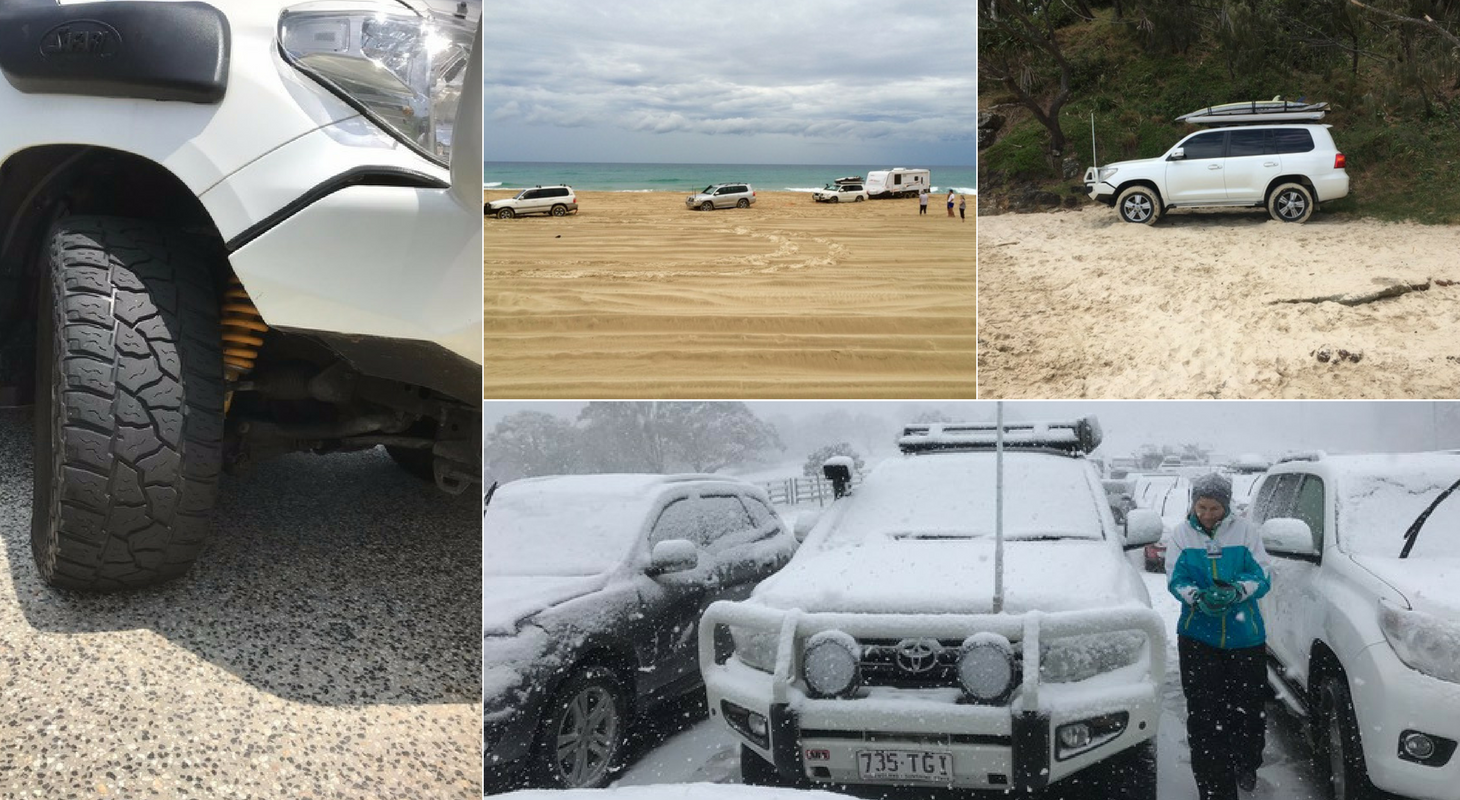 We’ve been on many trips, Teewah beach, Double Island, Rainbow beach many many times. Fraser Island twice and all through the kosciuszko national park twice. We tow our 21 ft Jayco Starcraft OB triple Bunker down to Adaminaby NSW and head off skiing and exploring over the school Holidays. The cruiser weighs 2.8t and the van weighs 2.7 ton and the tyres have worn really well considering the weight of the cruiser and how many kms we have done towing the van. We drive Road around town, highway, up our farm through long grass and mud, on the beach many many times, over the mud and rocks many times at rainbow beach, over the sharp rocks on the northern side of Double Island point to get out to the front cove many times and two trips in the snow.

Years ago I learnt the hard way by penny pinching and buying cheap tyres. Uneven wear. Worn out after only 25,000kms and that’s if they didn’t get Punctured sidewalls first.

When I owned an agricultural manufacturing business in Toowoomba we ran several hiluxes, cruiser utes and a couple of 200 series cruisers. (I kept mine when I sold my part of the company) We would pick up clients and we would travel out on farms and we had to travel in all kinds of conditions. On the Hiluxes I tried cheap Chinese mud tyres and they didn’t last long. Over the years Ive tried BF Goodrich, Yokohamas, Genral Grabber AT2s on a range rover as it had 18” wheels at the time and none of these tyres have gripped and lasted like the Mickey Ts. The cheap Chinese Mud Tyres don’t balance, they are noisy and wear out quickly. Some other tyres I have had are hard and slip in the wet and others have soft sidewalls that get torn out. Usually when you are in a hurry as well and don’t have the time or a decent place to stop and change the spare. And then do you travel without a spare or see the local tyre bloke in Texas Qld and get stitched up with some spare to keep on showing your clients around.

A few years ago I would drive down to Fourbys Tyres near Moorooka and get our MickeyTs put on, and then the Local Tyrepower Guys in Toowoomba starting looking after us with MickeyTs. Some of my friends keep their land cruisers on the Dunflops that they come with and I nearly refuse to travel with them as In know we will be changing tyres on the trip or we will be doing recoveries where there tyres have let them down.

To prolong the life of my tyres, I'll get Wheel Alignments and rotations every 10,000kms. To get the best performance from the tyres in different terrains ill run 45 PSI towing the caravan. 40 PSI highway driving. 25 PSI in the snow. 18 PSI on the beach. And if we are really stuck we let them down to 12PSI and the cruiser just walks back up on top of the sand. It’s amazing that they never even feel or look like rolling off the rim. But at 12PSI we don’t do any sharp turns or go over 50 KMH.

The Places we have travelled on them. So confident that we could do it. Sure footed you might say. (I should trademark that Sure Footed, but you can have it. Ha ha)

And the life of the tyres. 92000 kms so far on this set. As I mentioned the cruiser is 2.8t and with the rain we have had recently it still grips really well. No Aquaplaning on the highway and no slipping as I throw it on the roundabouts.

My wife is an accountant and she owns Buderim Accounting. Imagine going to your wife who is really frugal with spending money and you have to pitch every accessory on the Cruiser. The cost benefit analysis.  And you ask if you can buy tyres at $500 each? But my wife is smart enough to know that spending $2500 on a set of tyres that have taken us so many places (that we would not have made it with ordinary dun flops) and have done 92,000kms on them is a bargain.

We will be ordering our next set for the cruiser very soon. 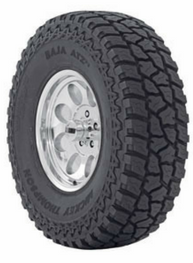