2017 Off Road Racing: How We Performed 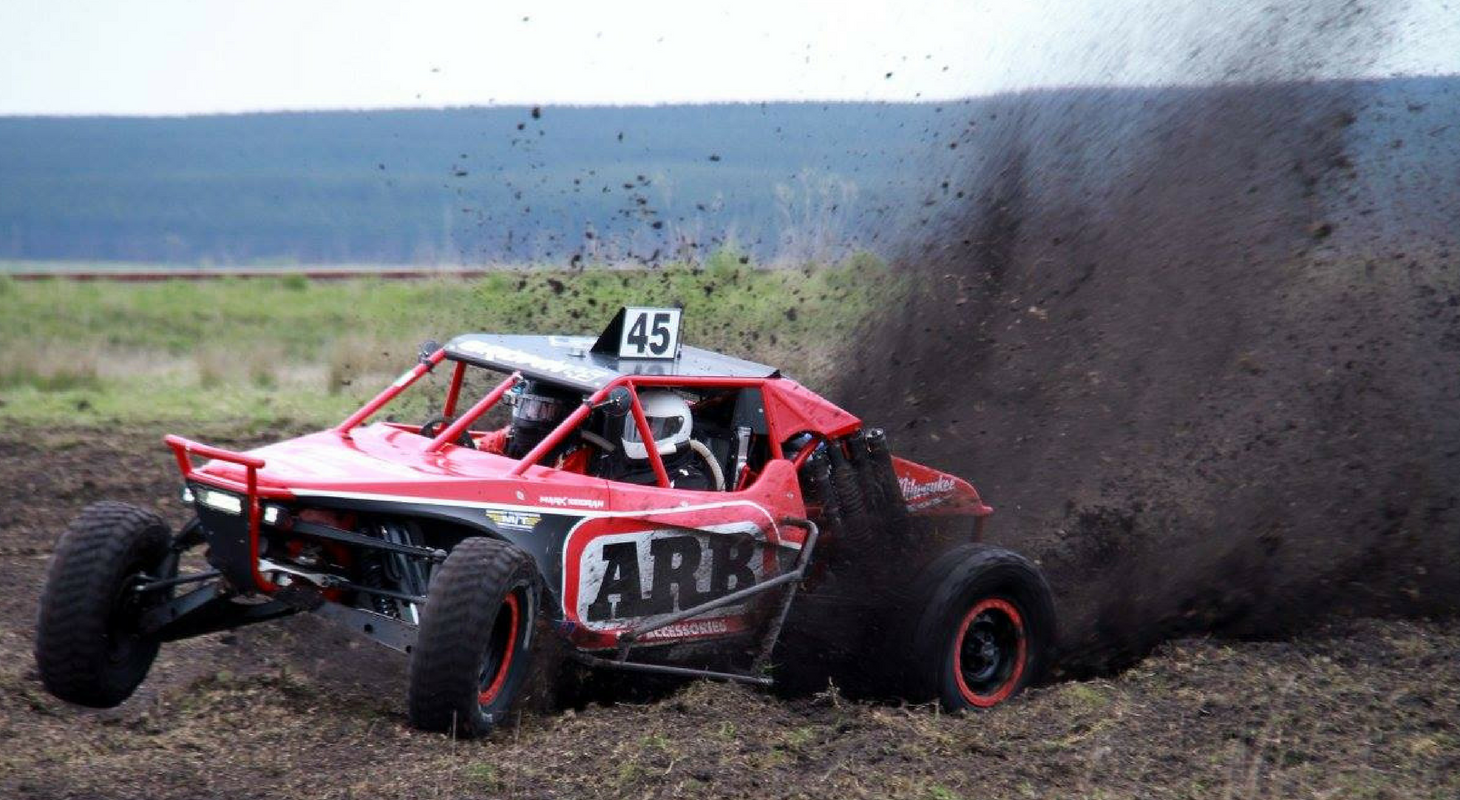 After 6 rounds of close racing and many hard luck stories the series was won overall by Danny Brown from Four Two Motorsport. Husband and wife team Aaron and Liz Haby from Element Off Road Racing, coming in a close second. 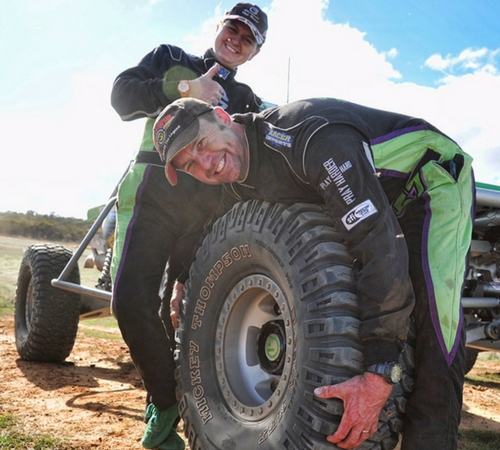 Mickey Thompson Tires also had great success across all classes for the season and our products proved to be the best off the shelf tyre outlasting many other competitors. Class wins to Bodie Tickner, Daniel Wells, Taylor Teichmann, Peter Sibson, Owen Ward and Sandy Bowman proved the reliability of their vehicles and tyres.

Each year we run our own championship within Team Mickey Thompson and this year came down to the wire between Sandy Bowman, who showed great consistency throughout the season, and Aaron

Haby. In the end Sandy was pipped by Aaron by a mere 5 points and was crowned Team Mickey Thompson 2017 Champion. For this result Aaron gets a $5000 Flight Centre voucher to do with what he wishes.

We are looking forward now to the 2018 season and once again we have partnered with the ARB Off Road Racing Championship. With 6 rounds again the racing and competitiveness will be close with the best 4 results of the 6 rounds deciding the championship.

We have also teamed up with the QLD Off Road Racing series as a sponsor and look forward to a great season of races. We will be brining you action, pictures, videos and results from each event over 2018 so make sure you like our Facebook page so you can keep up with the action.

Mickey Thompson has renewed an agreement as key sponsor and partner of the ARB Australian Off Road Racing Championship for the third year. The number of competitors switching to Mickey Thompson tyres has increased even more with up to 40% of the field running the brand due to the performance and reliability given by the Mickey Thompson product along with the fact that these tyres are off the shelf and value for money, and also used by many Four Wheel Drivers around the country for everyday driving. Teams running Mickey Thompson have seen great success over the last 4 years taking victories from outright to class at most events.

“We are very pleased to be involved in this championship once again, we believe that this championship is the pinnacle of Off Road Racing in Australia and this gives us the opportunity to promote the sport that supports our products both on and off track. We are looking forward to a long partnership with both the championship and competitors alike.” Jeff Newick, Mickey Thompson Tires Motorsport Manager.

Representatives from Mickey Thompson will be at every event again this year showcasing products and discussing them with all attendees, competitors and spectators, so make sure you get along to see some Australia’s best off road racers and have a chat with the Team Mickey Thompson crew.

Just waiting on the new logo for the Championship from ARB. They are just tieing up sponsorship discussions with other parties.

What the racers are saying...

“They hook up and get you going again”

“I grew up around off-road racing. My Dad was an Australian champion in ’84. I’ve been racing since I was 20 years old, and on and off since then for the last 20 years. I race on the MTZP3s, and the biggest difference I’ve noticed between Mickeys and the other brands I’ve tried is the grip, especially around corners. Mid-way through a corner you can feel the sidewalls doing their job. They hook up and get you going again, which really improves your cornering speed. We also use the all-terrains at home on the farm, and my wife has them on the car she drives to town. We’ve never had a puncture on Mickeys, and the conditions out here are tough. With other brands we were getting one or two punctures a week as soon as the tread was a little worn. The beauty of Mickeys, is that you can wear them down to the canvas and you still don’t get punctures.”

“Mickeys really hang on, the difference in braking is just phenomenal.”

“The other big difference is with cornering. You’re pushing about 600 horse power, and these tyres just push harder and harder. They hold all the way through the corner really well. We have a property in Victoria, and we’re a bit hard on tyres out there. I put Mickeys on the farm vehicles… we’re just not getting the punctures that we used to. With other brands we’d see at least one flat a week, so we had to buy plugs. By the end of it, those tyres looked like porcupines! Nowadays I get double the tyre life out of my Mickeys, and no punctures at all."

2017 Off Road Racing: How We Performed