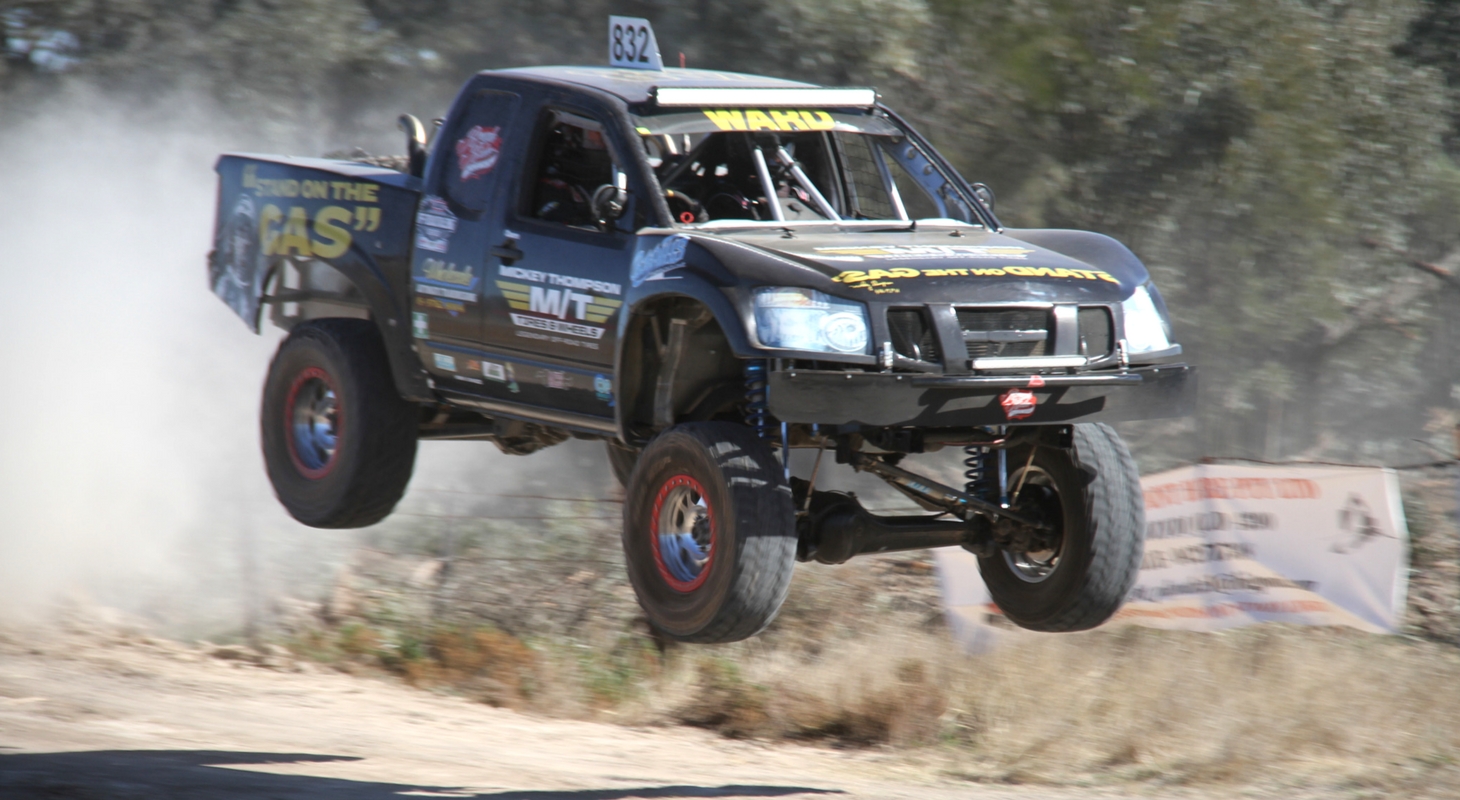 Wow what a race Gundi was! We headed up to Goondiwindi with our good friends from 488 racing on Wednesday and made the long haul north.

On Friday we checked out the course during recon and then made our way to the show grounds for the scrutineering and car display.  The car generated a fair bit of interest and we had a great time talking to everyone that came up for a chat. It was good to meet some of the Mickey Thompson dealers too.

Saturday morning we had a slow prologue as I was still trying to re gain my confidence after last year’s events at Griffith. We ended up starting down the pack for lap 1 but we started to make our way through the group and passed a fair few slower cars that we were positioned behind. My confidence came back pretty quickly and by half way into lap 1 we were throwing the car around just like we used to.

The new car is surprisingly just like the old one. It handles the same and with our MTZ P3’s we know how the car is going to react and can do so with no second thought. The track was dry and there was so much grip available. They hooked up out of the corners and rocketed us on our way. We didn’t have a single tire issue the whole weekend which it a large feat considering all the sharp sticks and thorns and stuff that was around the place. They held up great.

On Sunday we were held up by an orange Polaris for a lap and a half. All our attempts to call him on the radio went un-answered and he took no notice of our sirens. 5 times we got very close through the dust and tried to make our way around but he still would not move. It’s very frustrating when you work your way through all the thick dust and slower cars won’t move. We had a run off in his dust trying to get around and launched us skyward nearly wrecking the truck. We decided to back off for safety because decisions made in anger can turn bad in a hurry so we were way off pace.

We pulled over quickly in the second Sunday lap to repair a melted and shorting spark plug lead and found when we got out of the truck that the fuel tank had a bad leak. That was our race done.

It’s disappointing because we were so happy how the truck was working. Mechanically it wasn’t missing a beat. We could almost just give it a service, repair the fuel tank and be ready for the pines.

Just want to thank you all for your continued support. It is great to be a part of such a great and well represented team and be able to showcase to Australia how our MTZ P3's work.

It was great fun taking two of the dealers out in the truck for the sponsor rides. I think they had just as much fun as I did. I never tire of getting to fly down Malapunyah run. It’s one of the best feelings in motor sport. I hope it sparked a love for off-road racing in some of them. It’s a great addiction to have.

NOW YOU CAN BE PART OF THE LEGEND TOO, BY WINNING A PIECE OF MICKEY THOMPSON HISTORY! CLICK BELOW FOR DETAILS.