It was success all round for Mickey Thompson at this year’s Teagle Excavations ARB Pines Enduro with the MTZP3 shod vehicles filling the first 4 outright placings. Matt Hanson of SMU Racing took out the event, this was a fantastic result coming back from the huge first lap crash he suffered in last year’s event. New Zealand champion Rana Horan from Big Black Motorsport took out second place. This was his first run on the Mickey’s and he is suitably impressed with the performance that the tyres have given. 7 times National Champion and Motorsport Hall of Fame Inductee Mark Burrows of MBR 21 – Mark Burrows Racing filled the final spot on the podium with a fast consistent run. Aaron Haby came in 4th, this result has secured Aaron the title of Team Mickey Thompson 2016 Champion Driver.

The event was run in tough conditions with heavy rain Saturday putting a halt to the planned short coarse laps. Sunday saw the weather clear and with a slight track redirection within the stadium all teams had a clean start heading into the pine forest. There was plenty of attrition during the race with clutch, gearbox, engine and suspension failures. The early leader Jack Rhodes suffered at the hands of a couple of flat tyres that ate away at the 3 minute lead he had and ended up 5th.

Running at the same time in Western Australia was the Carnarvon Motel Three Springs 360. Mickey Thompson also had great success here with CCR Racing’s Troy Schoen taking the outright win and Darren Agrela of Undecided Racing coming home in second. Barry Cochrane of Cochranes Racing came home in 4th outright and 1st in Class 4. A great result all round for the Mickey Thompson product.

More teams are discovering the performance gains the Mickey Thompson product provides them and making them their tyre of choice. You must remember these tyres are off the shelf tyres available for everyday 4WD’s and SUV’s, they are not big dollar competition spec tyres like other brands used in Australian Off Road Racing. 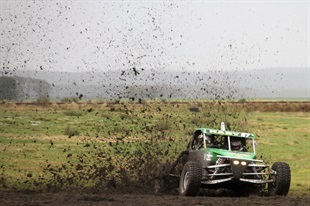 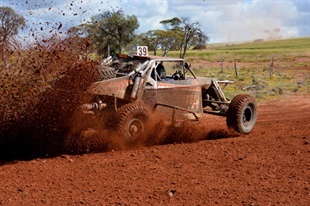 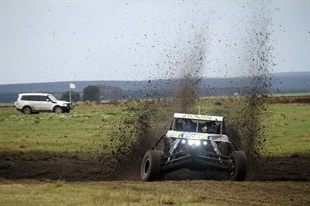 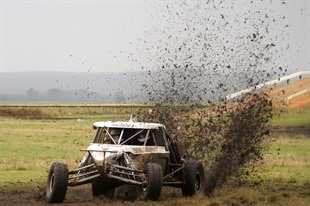