Top Off-Road Races Around the World 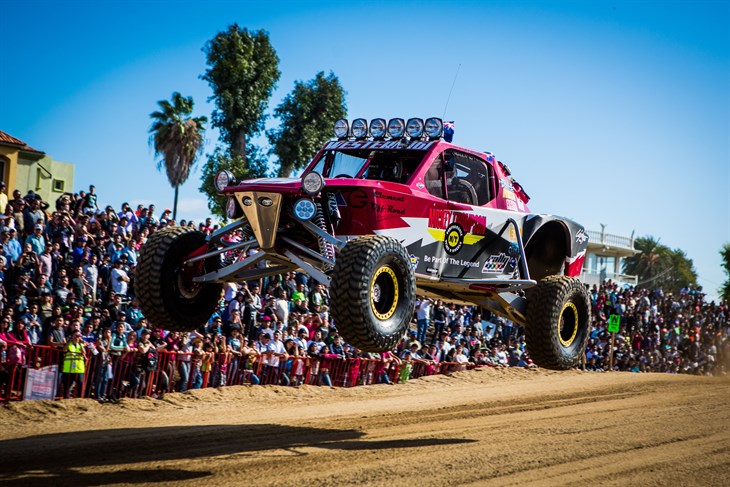 Off-road races come in many forms around the world, from the iconic Dakar Rally to the Baja 1000 and our own Finke Desert Race.

The adventure began back in 1977, when Thierry Sabine got lost on his motorbike in the Libyan desert during the Abidjan-Nice Rally. Saved from the sands in extremis, he returned to France still in thrall to this landscape and promising himself he would share his fascination with as many people as possible. He proceeded to come up with a route starting in Europe, continuing to Algiers and crossing Agadez before eventually finishing at Dakar. The founder coined a motto for his inspiration: "A challenge for those who go. A dream for those who stay behind." Courtesy of his great conviction and that modicum of madness peculiar to all great ideas, the plan quickly became a reality. Since then, the Paris-Dakar, a unique event sparked by the spirit of adventure, open to all riders and carrying a message of friendship between all men, has never failed to challenge, surprise and excite.

The SCORE Baja 1000 is an off-road race that takes place in Mexico's Baja California Peninsula. The Baja 1000 allows various types of vehicle classes to compete on the same course - from such small and large bore motorcycles, stock Volkswagen, production vehicles, buggies, trucks, and custom fabricated race vehicles. The course has remained relatively the same over the years, about every other being either a point-to-point race from Ensenada to La Paz, or a loop race starting and finishing in Ensenada.

The Tatts Finke Desert Race is an off road, multi terrain two-day race for bikes, cars, buggies and quads through desert country from Alice Springs to the small Aputula (Finke) community. The race is held each year on the Queen’s Birthday long weekend in June. “Finke” as it is commonly known, is one of the biggest annual sporting events in the Northern Territory and has the reputation of being one of the most difficult offroad courses in one of the most remote places in the world.

These we feel are likely the ultimate in racing events around the world, they cater for all classes including cars, trucks, bikes and quads. This year the Dakar held its 37th event, the Baja its 49th event later this year, and our own Finke was held for the 41st time.

All 3 races are a test of man and machinery and a large part of reliability is tyres. Mickey Thompson tyres have been used on vehicles in all 3 events with great success, proving their reliability and toughness in extreme conditions, the Mickey’s used are off the shelf tyres. These are the same tyres that you can walk into your tyre store and purchase today.

To find the right Mickey for your needs or for an online quote click here.

Top Off-Road Races Around the World