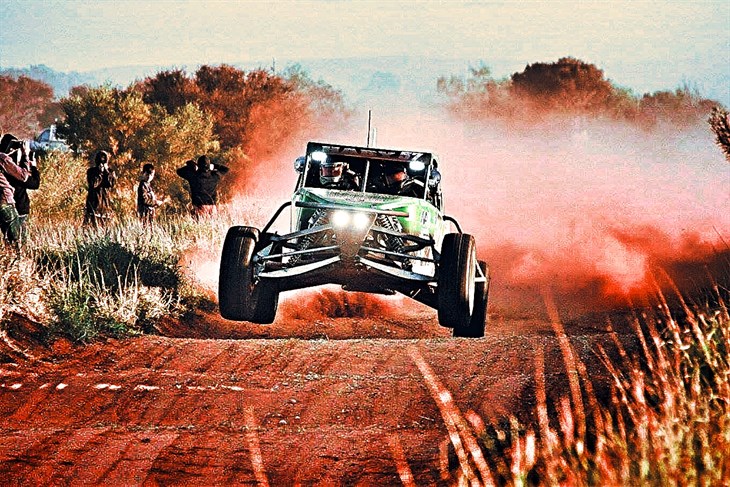 We had a very busy lead up to the race with a few issues, the main one being power steering. We seized a pump, broke a shaft off and changed every thing that we thought could be making it noisy, including the oil.

Our Finke week started with all the crew travelling up on the Wednesday, safely arriving at Alice on Thursday around 2 pm.

Scrutineering was awesome at the start finish line making it a lot easier for us, we were able to leave the truck parked in the one spot.

Prologue went very smooth and fast, getting us a 7th spot for race start on Sunday. Awesome result!

Nerves were high, sleep evaded some of us, Let's get this done. 7th is the highest start position for our team at Finke.

Everything was going awesome, the car was soaking up the massive whoops and we were going hard, then at around the 120km mark we hit something big in the shoulder of the track, what ever it was, it was hard and sharp, puncturing a tyre and bending a rim. No tyre could have survive that! The clean run was over, with a quick tyre change we were back in the game. We jumped into Finke in 15th spot.

Spent most of the day re prepping the car at Finke for the return leg. Thankfully there were no real big issues. 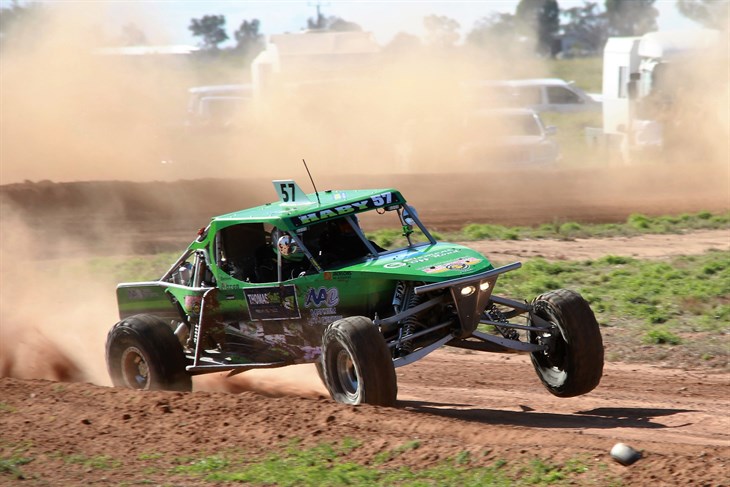 Nice early start, 5am no sun up then.

We caught the first car at the 10km mark and it wasn't Chris, it was the Martin Pro buggy and he looked like he was doing it tough, we were stuck behind him for a while, felt like 10 minutes, we found a little gap. I felt his front tyre touch our rear tyre as we went around him on the big whoops; that was close! The rest of the trip into Alice we were stuck in car #61 dust, and we just couldn't get on the back of him to get past.

Our Element Pro Buggy was handling the whoops on the way home even better than on the way down. The Mickey Thompson tyres did an awesome job on the way back. Still going strong at the finish line the #57 car got there and back in the top ten for a 3rd year in a row.

Huge thanks to my navigator and engine builder Wayne Tabe ,

And also all the Element Crew for a great weekend.