The dust has settled at the Haby Element #57 HQ 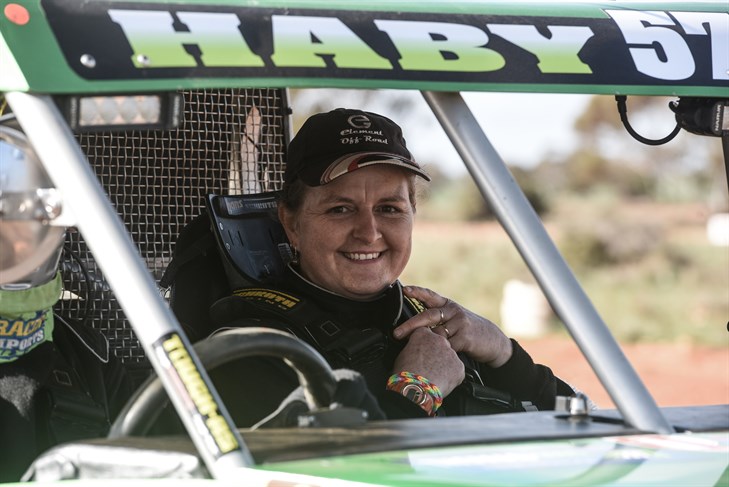 Wow , Waikerie has come and gone!

Our team coming into the Waikerie weekend were pretty pumped as we were ahead on Australian Off Road Championship points, but we all know it ain't over till it's over.

We braved the elements at scrutineering, it  was great to see all the cars on display, lit up under lights with the rain glistening. Our race weekend had a hiccup early on with us having to thumb a ride on full track recon. After our unbreakable Hilux stalled and wouldn't start. 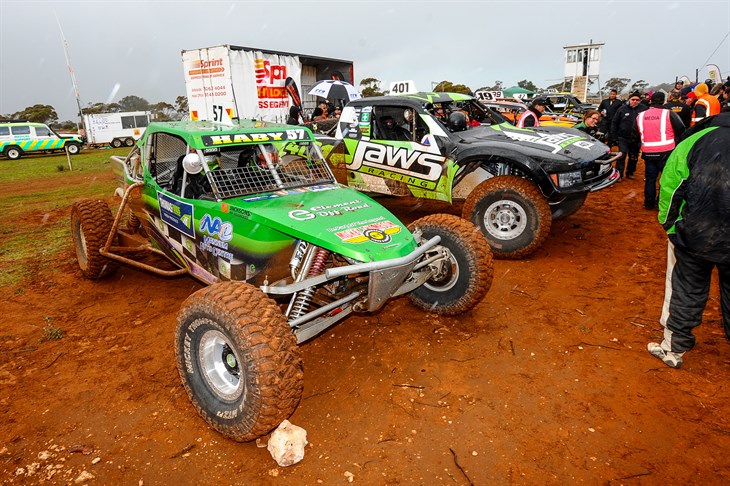 Thanks recovery guys for towing the ute back.

That was not the end of it!

Prologue: Race face on, pumped and then the car wouldn't settle, sitting on 2000 rpm at idle Whooo back. A wiggle of wires in a last minute attempt to fix the issue and we were off.

Bring on the whoops! but it wasn't to be with the car stalling on the first whoop (sorry guys for the let down) and then not starting after a few attempts to fire it back up again.

So roll off the side of the track and duck the flying rocks from the other racers having a crack at prologue. Thank goodness for previous great prologue times as we got seeded into 11th for Sunday's race start. That was not how we wanted our weekend to start.

Race Day: First corner counts! We got the jump and were into that first rocky corner and through the whoops with our Mickey Thompson's giving us the drive we needed. 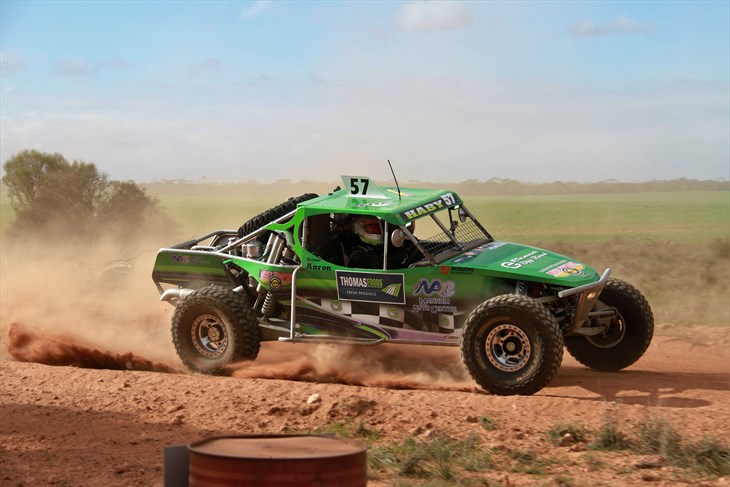 We had a flying first lap, track conditions were pretty awesome with some dust to contend with, but with a little local knowledge we were able to pass a couple of cars early in the first lap.

The  #57 was going great, P's &T's on the Mannum Auto Center engine were spot on.

The first stop was pretty routine with a splash of fuel and a couple of fresh Mickey Thompson MTZP3s and then we were out again chasing them down on the 2nd section.

About half way around the third lap was when our day changed, we had just got to the sand dune section, which is awesome, when the power steering failed. Ohhh sugar!! As you would expect. Our day just got a little tougher.

Well, we tried to get back up to race pace but struggled, having a couple of offs, We then decided to pit at the half way point to see if there was anything we could do. We took the power steering pump offline and drained the oil thinking this would make it easier to steer, well we were wrong. The next two and a half laps weren't all that much fun but we knew we had to fight on and get the Element car home.

Aaron used arms and legs on the steering wheel to hold the car into the corners and man did he have some massive arm pump!

Overall we had a great weekend, working hard for a result is always satisfying. Unfortunately we missed out on the Australian Off Road Championship win but we are so thankful for a 2nd place result, Well done to Jack Rhodes and his team for a great effort.

The Element #57 placed 9th outright, 7th in Pro Buggy in the Australian Off Road Champtionship race.

In the SA State Champion Section we secured 3rd outright and 3rd in Pro Buggy.

We love the element off road Prodigy race car, it can even be driven with no power steering.

Thanks everyone for an awesome weekend.

The dust has settled at the Haby Element #57 HQ