Mickey's Prove Their Toughness at Gundi

The weekend just passed has seen the running of the ARB Albins Goondiwindi 400, the event is also Round 3 of the ARB Off Road Racing Series in which Mickey Thompson is a key partner.

Scrutineering was held on Friday night at the Goondiwindi showgrounds with all competing vehicles then going on display for the public to walk around and get up close and personal with these incredible machines. Also making a special appearance on the night was the one and only Mickey Thompson 1974 Chevy LUV, a vehicle Mickey Thompson built himself and ran in Baja. It drew plenty of attention with it’s way before time innovations.

Saturday started off with the prologue, an 8km run to find who would get pole position for the main race, a few teams did not complete this coarse either crashing out in spectacular fashion or mechanical breakages forcing their retirement. A top ten shootout was then run with last year’s winner Danny Brown taking the pole position cheque.

The Goondiwindi track is one of the hardest and mentally toughest in Australia, with its many melon holes and trees to navigate through and around. The track is extremely hard on tyres, especially with some of the high powered vehicles forcing over 800 HP through them.

After 5, 80km laps, and only 29 finishing out of the 63 started, victory went to Danny Brown for the second year in a row. Andy Ryan in his turbo charged AlumiCraft took second and Bryce Chapman rounded out the top 3.

Team Mickey Thompson finished very well for the weekend with Andy Ryan in 2nd outright, Troy Duff taking outright 4th and 1st in class for Pro Lite, Simon Leech 10th outright and first in class for Super 1650. All the teams had a great run with Mickey Thompson tyres, no punctures and great traction and performance all weekend, and all this from an off the shelf tyre.

The last round of the series is the Pines Enduro, held at Millicent SA Sept 23rd-25th. 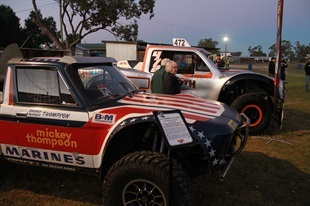 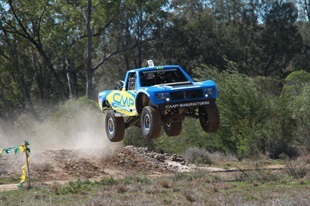 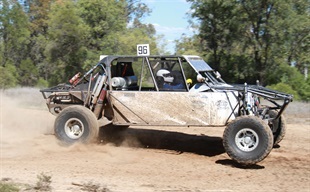 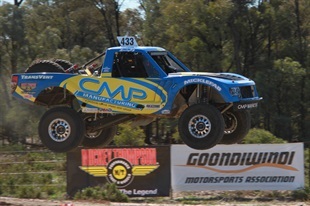 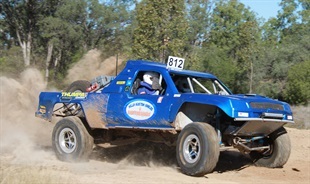 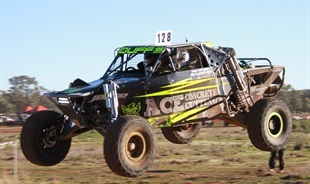 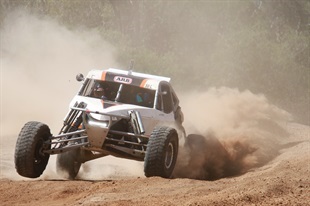 Mickey's Prove Their Toughness at Gundi