This year Cochranes Transport is sponsoring the Badgingarra 250 and I decided I would drag a car out of the shed and race as its been nearly two years since I've last raced. I decided to get the trophy truck out as we have never really had much success with it and I like a challenge.

We had a lot of small issues, one of them being not having much grip with the tyres that I was running on it. A good mate of mine Troy Schoen from CCR Hose and Fittings just competed in the Waikerie round of the Australian Off Road Racing Championship. He did an exceptional job and finished high in the Pro class ranks. One thing he mentioned to me was how good the the Mickey Thompson tyres he ran stood up to the event. He said they were awesome and passed on Mickey Thompson's phone number. I gave them a call and done a deal on 10 new Mickey Thompson BAJA MTZP3s.They arrived the next day and looked mint and even better when they were fitted on the car.

We arrived at the event on Friday and had scrutineered that day with no problems. On the Saturday we had recon, prologue and two laps of the main coarse. Our Prologue was reasonable and we placed 14th having some brake issues. We found a problem with them and rectified it.

We went out for our two laps (section 1) of the main coarse confident and noticed straight away how good the Mickey Thompsons gripped up especially under brakes, when we did have them. We finished the day with no brakes but no other major issues that plagued us at previous races.

That night we worked on the brakes finding numerous issues and rectifying them and getting a good pedal back. The next morning we had three laps (section 2) of the main coarse. Feeling confident in the car we were pushing very hard through a very rocky section when we suffered a flat tyre, but we weren't the only one, nearly all the top runners suffered the same fate. Just about every brand of tyre out there got flats as well. We lost 6 mins changing our tyre and never got another one again after that. We had a hassle free run apart from still loosing brakes. We passed almost all the cars that passed us whilst we were changing the tyre and moved up into 8th position for section 2.

Section 3 consisted of another two laps which saw us take off 3 cars behind our class rival 425 Greg Pickersgill. I didn't expect to catch Greg as he is a peddler. The first lap we had passed all the cars between us and were gaining on Greg. When on the 2nd lap we came to the end of a long straight not far behind Greg and the brake pedal hit the floor and we over shot the corner having to whip it around loosing valuable time. A few more kms on we got up on the back of him and he was gracious enough to let us pass in a real rough sandy section where the tyres showed their real potential. They gripped awesome through the boggy sand. I could hear Greg's V8 roaring on the left side of my helmet, as our car is left hand drive, and he was giving us a run for our money.

We crossed the finish line in front of Greg and placed 5th outright and 1st in class. We were also the first tin top across the line. It was some of the best racing I've done in a long time and I've been racing for a lot of years. The Mickey Thompsons were outstanding and I would like to thank Jeff Newick for his support. It's great to see Mickey Thompson getting behind the smaller teams and offering a brilliant tyre at a reasonable price. If you want to check out our team check out Cochranes Racing Facebook page. We would love your support! 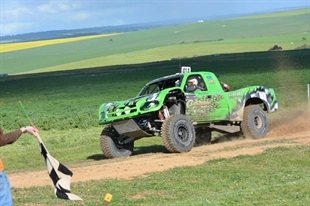 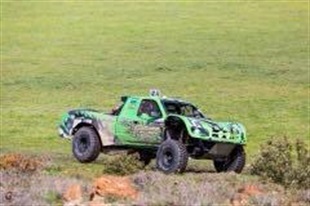 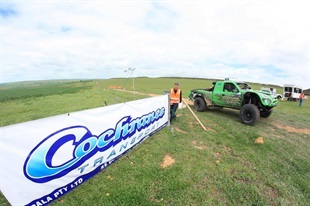 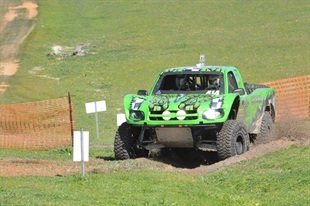 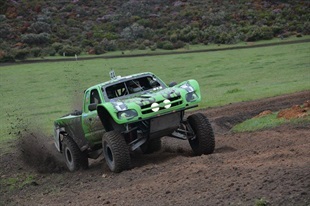 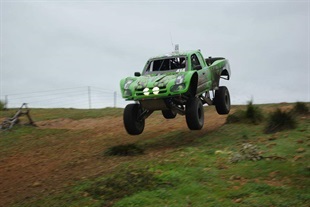 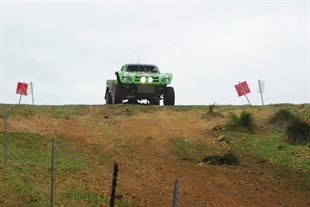 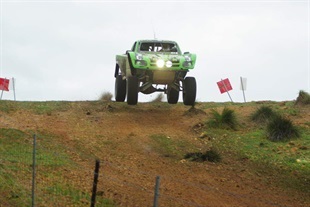 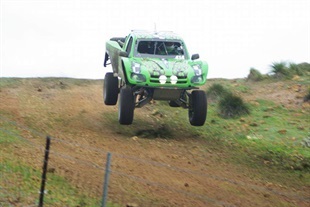