In what could be a season defining result, Brad Cooper has charged through the field on Day 2 of the Cochranes Transport, Badgingarra 250 to claim outright victory. With Saturday's racing seeing Troy Schoen holding onto a slim lead it was on for young an old at the commencement of Day 2 of Round 5 of the CAMS, PGS Indsutries WAORC. Sunday's racing would see the crews tackle 2 sections, the first a 3 lap test, the 2nd a 2 lap test to complete the 250kms of racing. 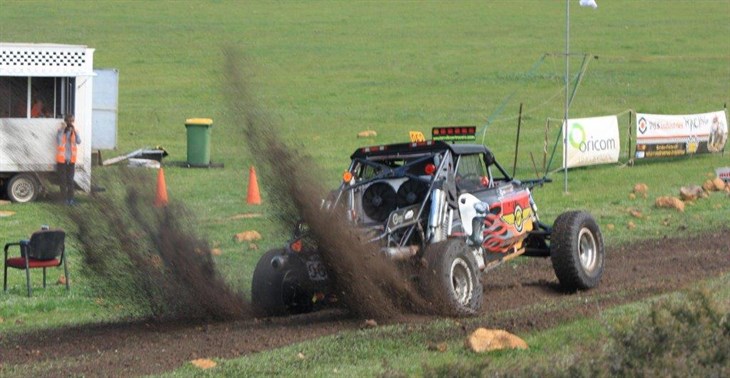 Schoen lead the field away but was the first to strike trouble, mechanical gremlins saw the immaculately presented #19 grind to a halt on lap 1. Harleigh Uren assumed the lead and blitzed the field on lap 1, only to fall to a flat tyre on lap 2 and subsequent issues put him out of the section. Brett Smith was the next competitor to move into first outright, however he too would have a flat tyre dropping him back through the field. With the Badgy 250 track becoming more and more hellish as each lap passed it seemed to wreak havoc up and down the field with flat tyres being the main issue to strike the vehicles. At the end of 3 laps Grant Payne would  clock the fastest time for the section, but on corrected time Brad Cooper had assumed the lead on the race. Greg Pickersgill, Nicholas Van Geest, Bernard Holt and Russell Cullen would take out their classes for the 3 lap section.

Up and down the field their were stories of attrition, Graeme Bentink falling foul to flat tyres and losing front drive, Trevor Pike losing rear drive and Mal Yeardley suffering a flat tyre, before shearing the studs and losing a wheel on his BAT Prolite buggy. The final 2 laps would be a shootout to the finish line, with the start order based on the somewhat jumbled finishing order of Section 2 there was action a plenty around the Badgingarra course. Brett Smith was absolutely lighting up the time sheets, chasing hard in order to try and ruffle race leader Brad Cooper. But the multiple times WAORC champion Cooper and navigator Aaron Smithson held their nerve to become the first multiple event winner in 2016. Smith slotted into 2nd place outright after winning the 3rd section by over a minute, but would be happy with the Prolite class win with son Corey Smith sitting alongside him. Grant Payne would round out the podium, but was left ruing what could have been with some mishaps throughout the event costing him time. 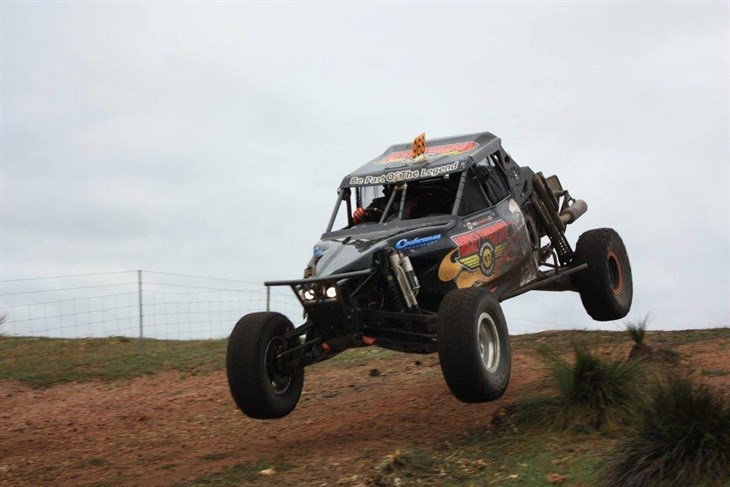 Back through the field, Craig Wells was consistent all weekend to take out 4th outright and 3rd in Pro Buggy in his single seat buggy. Barry Cochrane charged in the final section to nail down the Extreme 2wd class win, a well deserved result after not racing the past few seasons. Dirk and Nicholas Van Geest shared the driving on their way to a Production 4wd class victory over Ben Armstrong who again was punching above his weight in the Bottlefed Racing Patrol. Russ Cullen and Leigh Cooper duked it out for the Extreme 4wd class, with Cullen taking the class victory in the end. Aaron Dark finished enough laps to be classified as 20th outright and 1st in Super 1650. The first female driver to cross the line and in a very well deserved finish was Danni Joyce in her #21 Pro Buggy who finished 12th outright and 4th in class against some much more well credentialed teams.

Event Organisers WAORRA would like to thank the property owners, all the volunteers and event sponsors Cochranes Transport for helping get the event off the ground. The crews now turn their sights on Three Springs for the final round of the 2016 CAMS, PGS Industries WAORC. With heavy rain over winter drying out nicely, the track will be in perfect condition for racing at one of the most exciting tracks the series visits. Keep your eyes out on http://www.waorc.com or http://www.facebook.com/westausorc to keep up to date with what will be a thrilling finale to the 2016 series