After grabbing a few basics at the Seisia Supermarket, we made our way yet further North to Cape York Camping at Punsand Bay, which was to be our base for the next few days.

Punsand Bay itself was a touch of bush luxury we had not yet encountered on the road North.  While there have been plenty of hospitable places filled with friendly locals, nothing quite matched up to the Corrugation Bar, the centerpiece of the Campgrounds. Boasting all the usual checklist items of a pub topped off with a fantastic view and a Wood Fired Pizza Oven, not only is this the Northern most campground, and the Northern most place you can get an icy cold beverage on the Australian Mainland, but it is one of the best places to put your feet up and soak in the Northern Peninsula way of life. If you’re planning on getting to the Tip of Cape York, make sure this place is on your must-see list.

We could tell from the outset that it was going to be a tough week at the tip of Australia. Apart from all the sitting, eating & drinking, we had a tonne of things to do including fishing, pearl farming, helicopter tours and sightseeing. What is a poor bloke to do with this much in front of him! 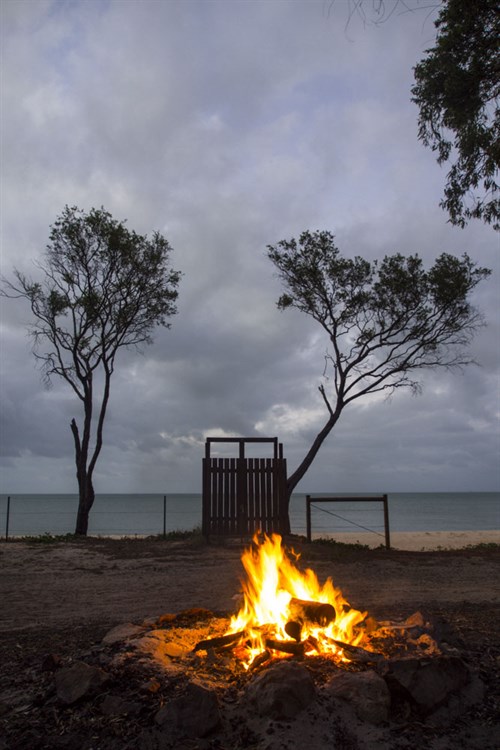 Roko Island Pearl Farming was at the top of the list for both Deborah and Lauren and so, with a stiff south-westerly breeze chopping at the ocean, we were met on the beach by Eugene who cheerily transported us across to Roko Island. 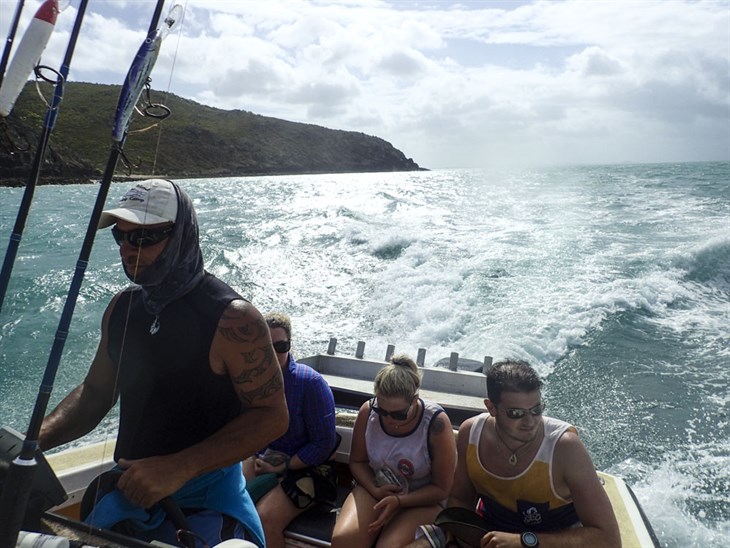 On the way, Eugene pointed out a few of the top spots in his book for fishing, which we filed away in the memory banks for later on. 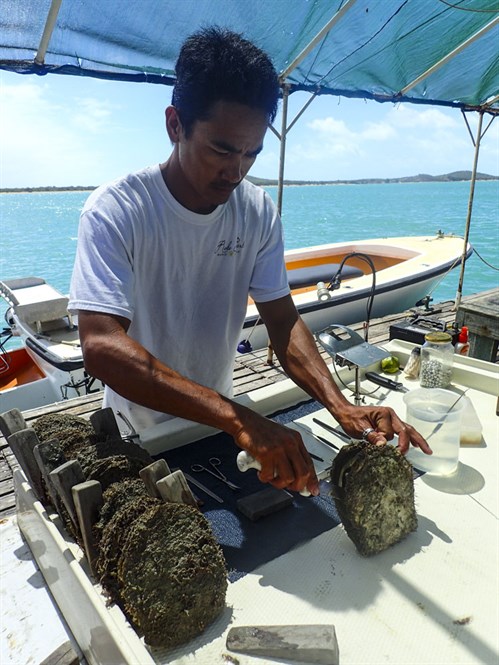 At Roko Island, we were treated to a fascinating explanation of the method used to implant and then harvest pearls from the South Sea Pearl Oysters. For those possessing more adventurous taste buds, the tour concludes with a sampling of the meat of the Pearl Oyster, which is considered a delicacy in some Asian countries, and can sell for between two and three hundred dollars per kilo, which is exceptional considering the average oyster has only 30-50 grams of meat. 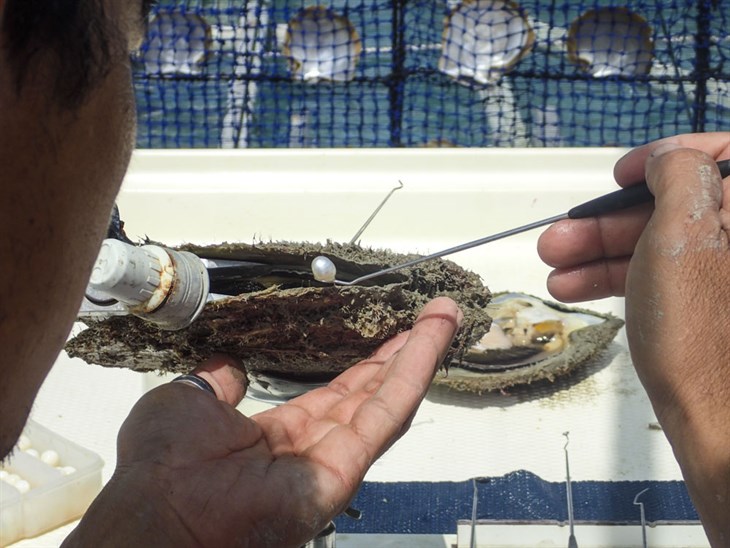 Back on the Mainland, it was time for an adventure of a different kind, to see the tip of Australia from a different perspective, by Helicopter. One of our number, Richo, is an avid helicopter enthusiast, and could not pass up the opportunity to explore both the tip and the surrounding islands by air. Not one to miss an adventure, Russell and Deborah also went along for the ride. The 45 minute tour took them over Possession Island, where Captain Cook landed in August 1770 and claimed the Eastern Coast of Australia in the name of King George III and England as well as over the Thursday Island Community and the WWII gun emplacement ruins, an integral part of the modern history of the Torres Strait Islands. 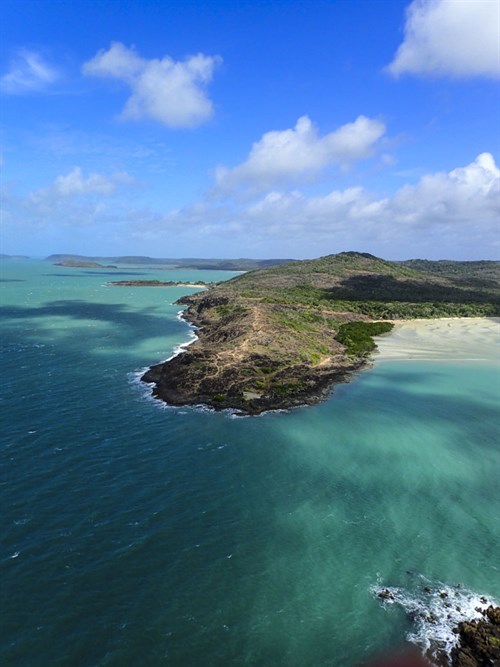 The Tip from the Air 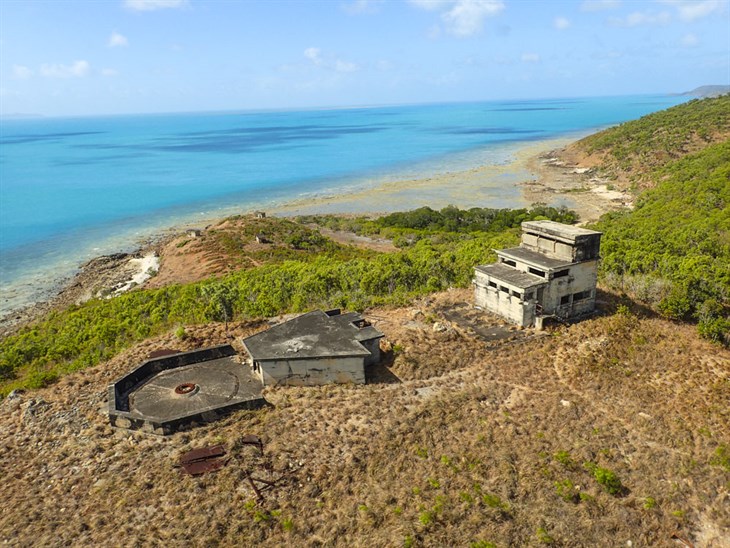 The late afternoon and evening saw us planted firmly back in the Corrugation Bar, to sample another selection from the Wood Fired Pizza Menu… Did we mention the Pizza Oven? The little luxuries become a bit of a big deal after a while!

For our final foray North, as well as the adventures of the trip South, follow our journey here.