See how the journey continues for David Cook on his Cape York Adventure. If you missed Blog 1, check it out here.

Every adventure has a beginning, and for us, the journey north starts much further south. After meeting up with Russell in Brisbane, we started early, eager and fresh to knock over some serious kilometers on the highway heading North.

Our first intended destination was the sleepy hideaway of Clairview, halfway between Rockhampton and Mackay. Having seen a lot of the coast line between Brisbane and Cairns before, we decided it would be best to hot-foot it into Cairns in the shortest time possible. After nearly 800km on the black-top, we rolled into the Clairview ‘Barra-Crab’ Campground just after dark to find a welcoming bunch of locals and a hot meal.

Heading out of Clairview, the sight of Canefields becomes more frequent. September is harvesting time for Cane Growers, and the site of the Cane Trains is a regular one. We rolled into Cairns again after a very long day behind the wheel and pulled up stumps in Palm Cover overlooking the water. The morning saw us making final preparations for the beginning of the real adventure to come. 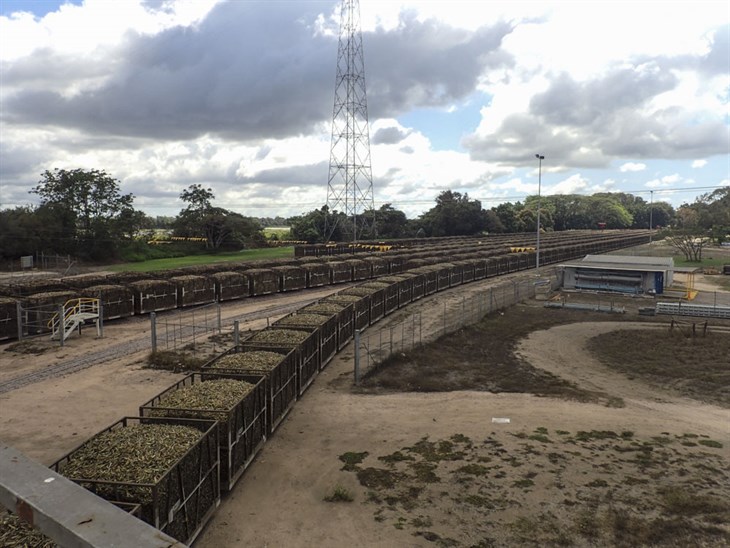 There’s nothing like jumping straight into the deep end to start out a trip. For us, the opening act of our Cape York adventure was to take the CREB track North through the Daintree rainforest, with the intention of rolling into The Lion’s Den in time for Dinner at one of Australia’s most Iconic Bush Hotels. From Port Douglas to the Daintree village, the road winds through more Cane Fields and into the beginnings of the Daintree. After a quick check with the information office in Daintree village, we found that the Council had recently put in a huge amount of effort to cleaning up the road conditions on the CREB, especially the second half, and that the track had not seen rain in over a week. Sometimes offroad, we pray for just a little bit of rain to keep the dust down. The CREB though is one of those tracks that will shut with even the smallest amount of rain. The Red clay surface has traction akin to Ice when it’s been wet down & the dry conditions were a blessing that allowed us to enjoy the drive and take in the spectacular views from the top of the range. We dropped the tyres to 28psi before making the knee-deep crossing of the Daintree river and heading up into the rainforest. This track doesn’t waste any time, after no more than a kilometer, we were into the first of many ascents. With an average speed of just 10km/h along the track, when you’re not watching the line, you have plenty of time to take in this ancient rainforest. 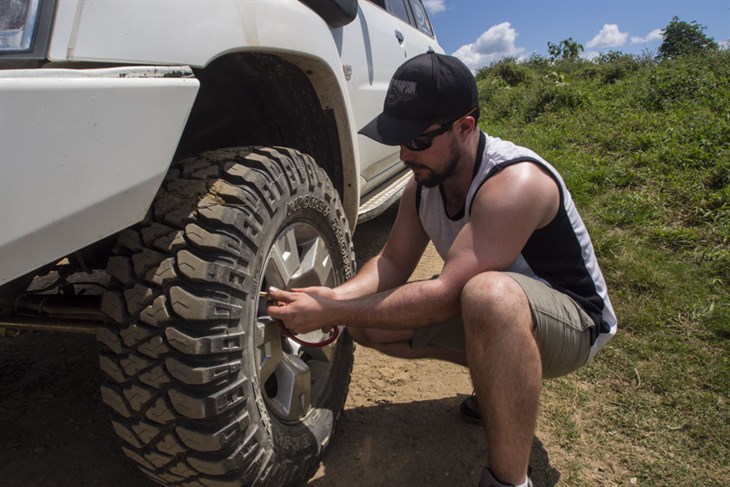 We made good progress on the dry ground, traction was available in abundance, especially with the lower pressures the Patrol felt very sure footed, even with on-board weight coming up on 3.0T, just under the GVM. Every valley has a river crossing in it, which makes for true champagne 4WDing.

We made it into the Lion’s Den hotel just in time for sun down & a fantastic meal on the back deck. A few Nomadic travellers treated us to the entertainment of dueling Accordions for the evening.

We’ll be heading North through the Starcke River mouth and on to Cape Melville in the coming days, to catch all the adventure, follow us on Facebook.