If you’ve been following our Legend’s Trip to Cape York, Dave from Tough Dog Suspension has been making his way to the Top of Australia, and is sharing the adventures from the tracks. Last we heard, the convoy had made camp at Canal Creek.

Morning found us right were we had left off, back in the natural spa bath at Canal Creek. After starting the morning with a refreshing swim, we were keen to complete the Tele Track and make our way across the Jardine River Ferry and into Seisia. From Canal Creek onwards, the Tele Track becomes a series of river crossings, each one normally deeper than the last. Running North, the Track crosses Sam Creek, Mistake Creek, Cannibal Creek and Cypress Creek in quick succession. The ground also changes to a much lighter sand and clay base, which makes for some very scenic driving. Sam Creek has a drop off just at the entrance which can catch out an unsuspecting rear step, but the jewel of these four crossings is easily Cannibal Creek, which has both a steep entry and a shallower but off camber entry to the creek, followed by a dog leg turn while in the water. As a photographer, I can see why this crossing is a favourite amongst the amateur and professional photographer alike. 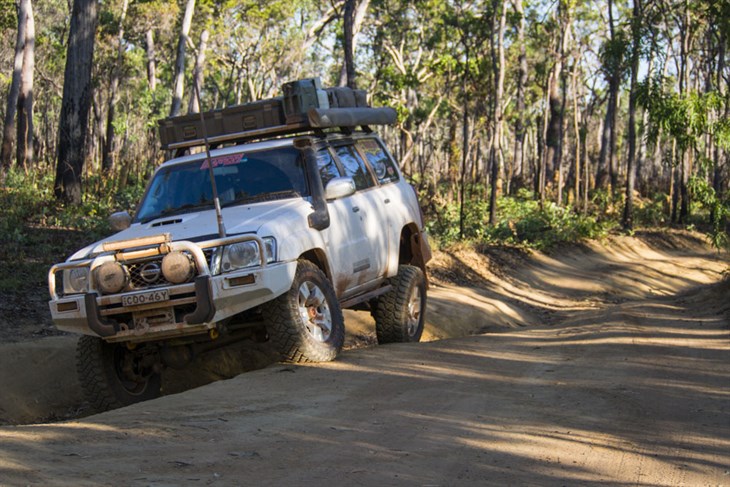 The other creek worth mentioning here is the ‘un-named creek’ that has both deep and shallow crossing options. Because of the base being churned by vehicles struggling for traction in the soft sand and clay, there are regularly spaced potholes which caused the Patrol to float momentarily every second metre. Following this crossing is the infamous Nolan’s Brook, which can be relied on to deliver a very deep and difficult crossing for the unsuspecting. The trick with Nolan’s that we found was to allow the tyres to rotate slowly, and use just the right amount of speed to guard against unnecessary wheel spin. As soon as the tyres start to slip, the vehicle digs into the extremely soft bottom very quickly.

While most of our party made it across without incident, the D-Max needed a helping hand from a recovery strap attached to the Patrol. Because we were prepared and acted quickly as a team, the D-max was stranded for less than 30 seconds, and the damage from an extended wallow in the creek was easily avoided.

The run out from the end of the Tele Track to the Jardine Ferry required another tyre pressure adjustment to handle the corrugations at high speed. This high up, the corrugations tend to be more uneven, and shake the vehicle the most of anything we’ve driven this trip. 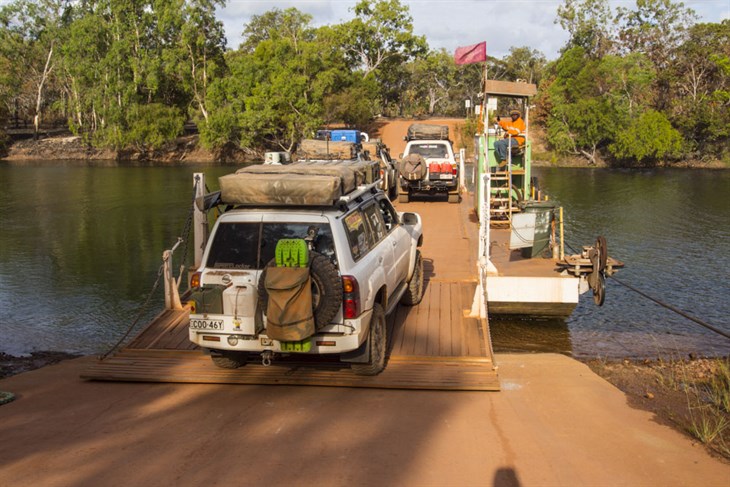 The Ferry ride across the Jardine, which incidentally covers all national park and Aboriginal land area camping North of the River is a much easier option than chancing the extremely treacherous old river crossing at the true end of the Tele Track to the East of the Ferry’s location.

Our timing, it has to be said, was nigh on perfect as we rolled into Loyalty Beach Camp Ground (Just to the North of Seisia) with just enough time to set up on the edge of the beach and take a moment to experience our very first sunset entirely over water, a rarity on the east Coast of Australia. 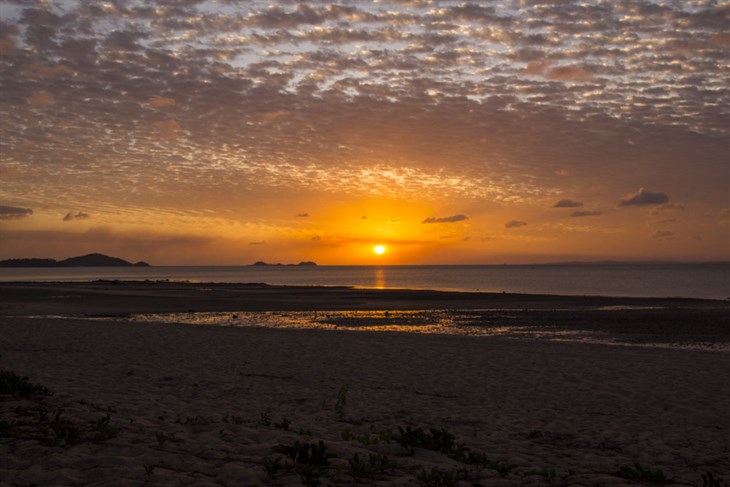