Our Day trip to the tip had finally come. While the journey is half the adventure, today, the destination was all that mattered. Nearly 12 months of planning and the travel thus far was about to be realized. 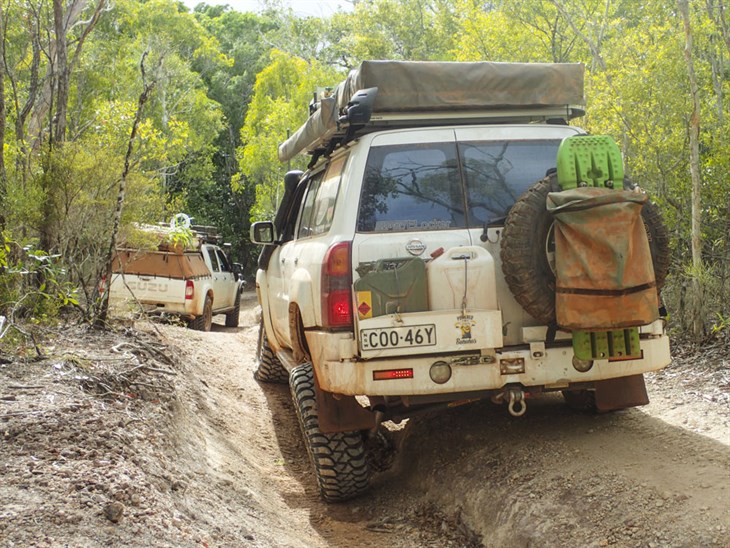 From Punsand Bay Campgrounds there are two options to get to the tip. At the end of the driveway, adventurers can turn right and head back to the Croc Tent Junction, then turn back North and take the graded option to the top. Alternately, turning left will put you on the Roma Flats 4WD track, which is a 2 rut option that can go from very easy, to treacherously difficult with just a few mm of rain. The run is several kilometres shorter, and more fun to boot! 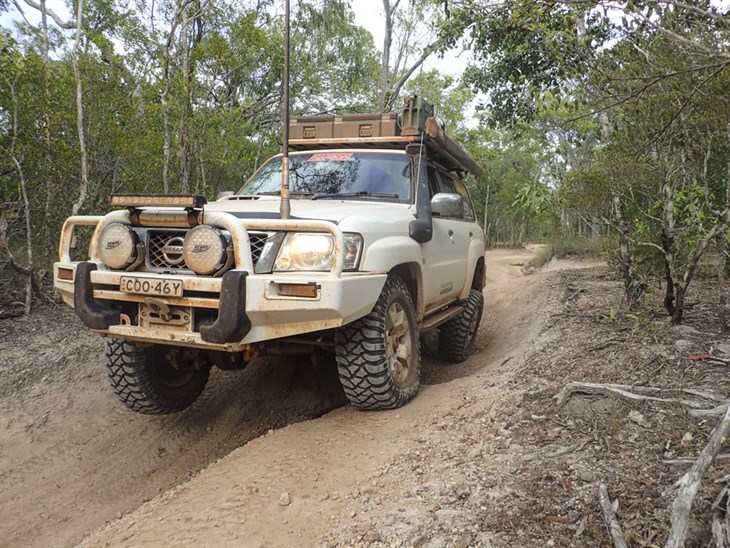 After more than a week without even a hint of decent rain, the track was made up of predominantly dry and soft sand patches, with only the occasional wet spot in the deepest sections of rainforest. At the end of the track, the road sign reads “Pajinka (the tip) 7 km” and we turn the convoy North for this final leg into the tip. 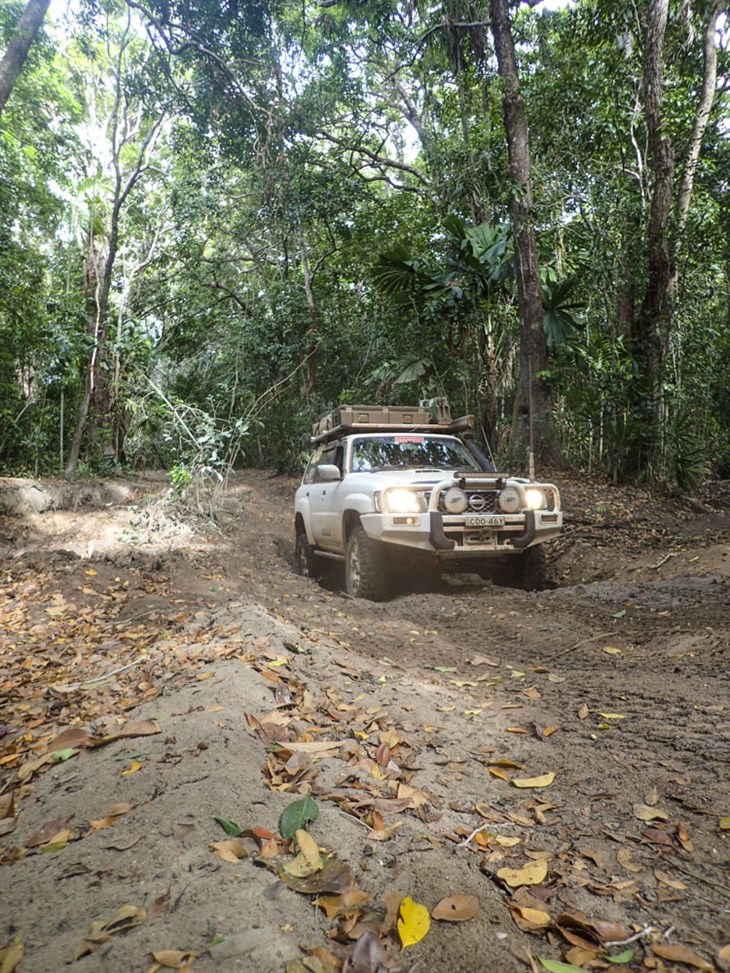 The road stops about 600m short of the actual tip and visitors continue on foot over the barren peninsula landscape to reach the very end. At the peak of the climb, a monument shows your distance as the crow flies to major cities & landmarks around the world.  Interestingly, At this point, you’re actually standing closer to Daru (190km) and Port Moresby (320km) in Papua New Guinea that to Cairns (770km) and Brisbane (2120km). The short distance to our closest neighbours in the Pacific is glaringly obvious when put into perspective like this. 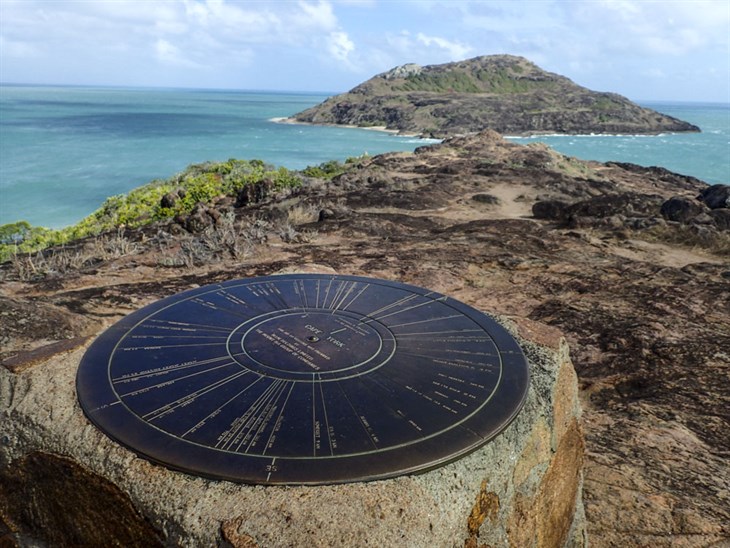 Distance Marker at the Tip

We continued on the last few hundred metres to our end goal, the sign marking the Northern most point of Australia. Even in this remote area, there are always other travellers around. At the sign, we ran into a bloke who had made the journey solo with his best friend (of the canine variety). The man proceeded to tie his dog to the pole, and quietly take a few photos.  We could not let his journey go undocumented, and took a few snaps of both of them. 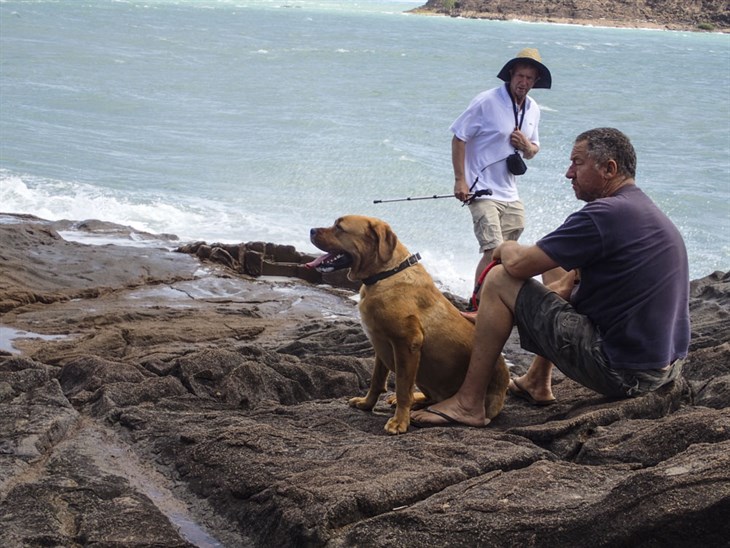 Solo Traveller with his dog

Personally, I’ve always found it funny looking at photos of the Tip of Australia with more land immediately behind the image.  The two islands just north of the mainland are York and Eborac Islands & are uninhabited with the exception of a lighthouse on Eborac Island. 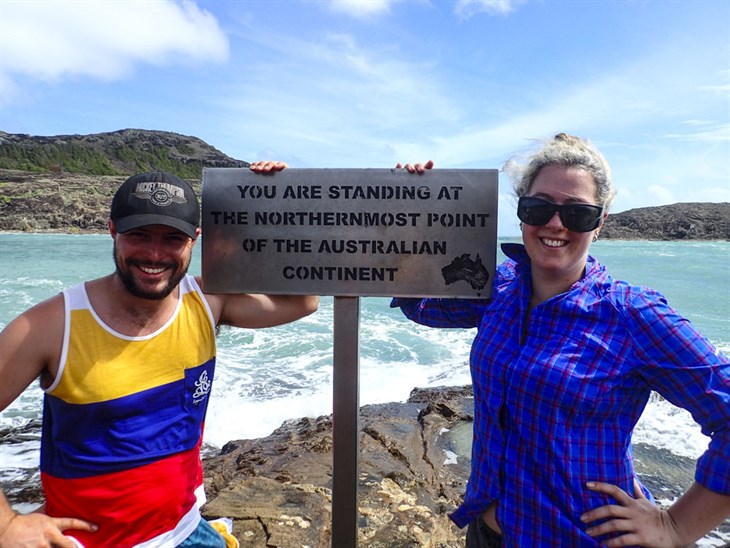 We stopped and took in the beauty of this very northernmost point of the Continent we call home. While the last few days have not involved much in the way of 4WDing, it simply isn’t possible to see and do all that we have in the last few weeks without having access to a capable 4WD. There are so many different treasures in the world, but we urge you to make sure that the ones in your own backyard make it onto your bucket list.

We turned and took the first Southward bound steps of the journey and made our way back to the vehicles. From the car park, several in our group had a date with a banana lounge by the beach, but Deborah and I wanted to check out the eastern side of the cape near the Somerset Ruins, which is the site of the first white settlement and cattle station on the Cape York Peninsula. The Somerset Ruins are also the beginning of the ‘Five Beaches Loop’ which is a collections of beach and headland driving that winds south past fly point and along the beaches to Vallack Point, the site of Frank Jardine’s Cattle Station. 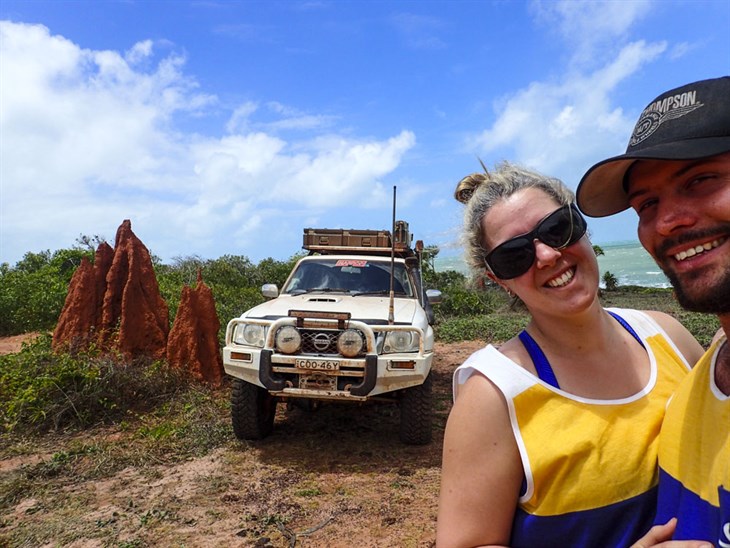 The Road is actually called the Nanthau Beach Road, but was dubbed the 5 beaches loop. Each of the 5 beaches offers extremely firm sand driving with soft sand at the entrance and exit of each of the headland runs. While this isn’t the most difficult 4WDing ever, it is not recommended for soft road type vehicles. A number of the headlands have hard rock steps that require high ground clearance and very careful tyre placement. While not specifically designed for soft sand use, the MTZ’s performed flawlessly. Because of the hard beach sections, we opted to reduce tyre pressures to 24 PSI, which is traditionally too hard for soft sand driving, but was a good compromise for the hard sand and coffee rock that makes up parts of the headland. 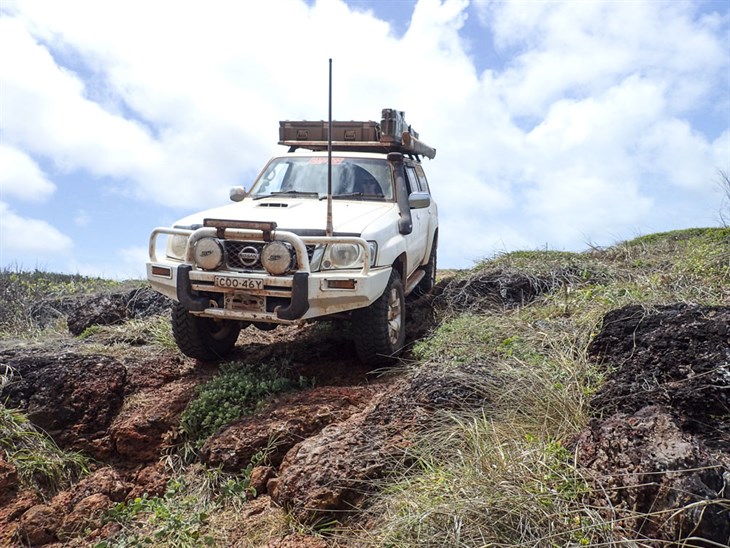 The loop road takes 1 hour 45 minutes to complete at a leisurely pace without extended stops, and is a fantastic place for lunch. While we experienced the drive a low tide, the markings indicated that the drive would be possible, but much softer at high tide. It's absolutely essential to take in this piece of coastline and the historical Somerset Station to understand the remoteness and hardships that the early explorers endured.