The best laid plans of mice and men, as they say. So too the results of our efforts to plan a fishing charter while in the Northern Peninsula. Plagued by difficulties as a result of prevailing winds and offshore rains, the lure of the sea was somewhat dampened by the promise of reliving whatever meal immediately preceded the trip. Unfortunately for us, in the four days we spent at Punsand Camp grounds, we had nothing but bad luck when it came to suitable fishing weather.

We didn’t let that dampen our spirits though. We decided to check out some of the spots that Eugene, the boat pilot from Roko Island, had pointed out. The spots bore fruit in the form of a Coral Trout that was unfortunately undersized, and we can’t help but feel having a boat (as Eugene did) would have made it easier to exploit the locations to their fullest, and given us a catch more worthy of writing home about. 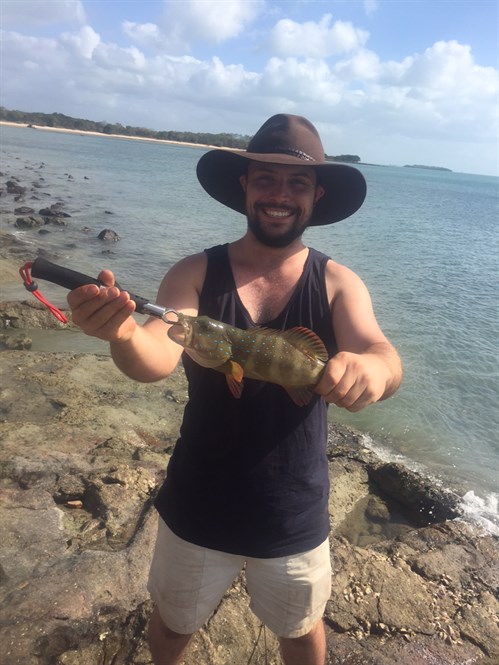 The lack of a more substantial catch forced us into a camp oven roast lamb, vegetables and Damper (which is a pretty good second prize if you ask us) that gave us the opportunity to sit back and watch the sun set as the meal came together. 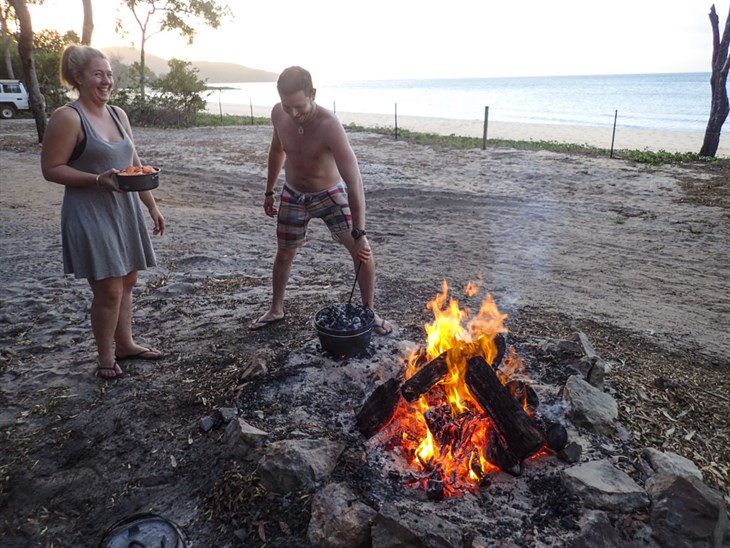 The next morning we said a fond farewell to Punsand Bay and began the journey South. From Bamaga, we took a detour to see the wrecks of two aircraft, a Douglas DC3 that came down in April 1945, en-route to New Guinea, and a Bristol Beaufort MK VIII, of which very little is known. 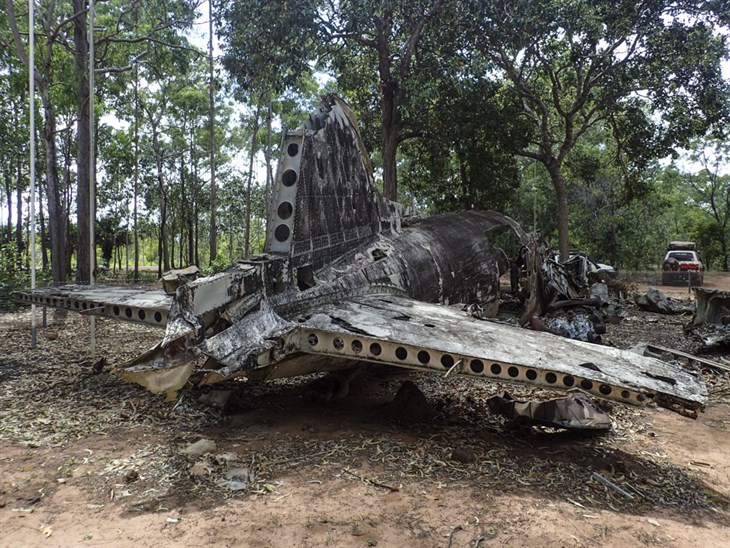 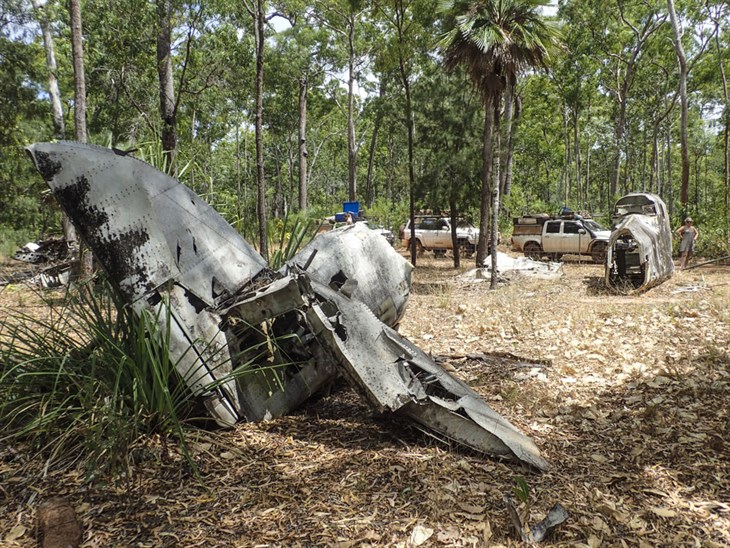 After a discussion with the operators of the Jardine River Ferry, our plans needed some drastic changes. The Injinoo People, the traditional owners of the land and the operators of the ferry told us that the road to Vrilya Point on the western side of the Peninsula had been forced to close because of the collapse of a log bridge earlier in the season. While we knew of the closure before this point, we had hopes that the damage would be repaired in the months prior to our arrival. We also learned that the Cyclones Marcia & Nathan from earlier in the year had felled so many trees that the drive out to Ussher Point on the Eastern Coast had not yet been cleared, and was almost unachievable.

We headed south then to the Bramwell Station Camp Grounds along the PDR. Travelling at an average of 100km/h, we managed to cover in one day the distance it had taken three to cover on the way North (although with far lass stops, and far more vibrations).

If you’ve been following along, you’ll remember that on the way north, we stayed at the Bramwell Junction Roadhouse, which is right on the doorstep of the Old Tele Track. We decided on the way back to check out the Station Camp Grounds at the main homestead for this still working station. The Station puts on a nightly Aussie Smorgasbord of BBQ treats, as well as live music to entertain weary travellers. We were treated to night of sing-alongs to all the classic Rock Songs as well as one of the best home-cook meals we enjoyed the entire trip.

Bramwell station is 132,000 hectares & is still a working Cattle station. Since its inception in the 1930’s there have only been three leaseholders! The tourism side of the station started in the 1980s and has been a supplemental income ever since. If you’re planning on visiting the station & have a few extra days, ask at the bar about the driving, swimming, fishing and crocodile spotting opportunities on the station’s property.

Our Adventure is almost through,  but there are a few things left on the way South, for our next installment, watch our Facebook page.