The Morning at Bramwell station saw some of our number forced to make a swift exit South to Cairns, which was news not welcomed by anyone. We had no choice but to part company, with those that needed to head south making a beeline for the tarmac, Deborah and I decided to take a detour from the main road and check out the Frenchmen’s Track and Chilli Beach on the eastern coast. The plan was to meet a few of the others in Port Douglas in three days time.

We said our farewells and bade one another safe travels, and with a loose plan in place, we made our way south to the entrance of the Frenchman’s line. From there, all but the Nissan would continue South, while myself & Deborah in the GU began the solo trek East towards the coast. 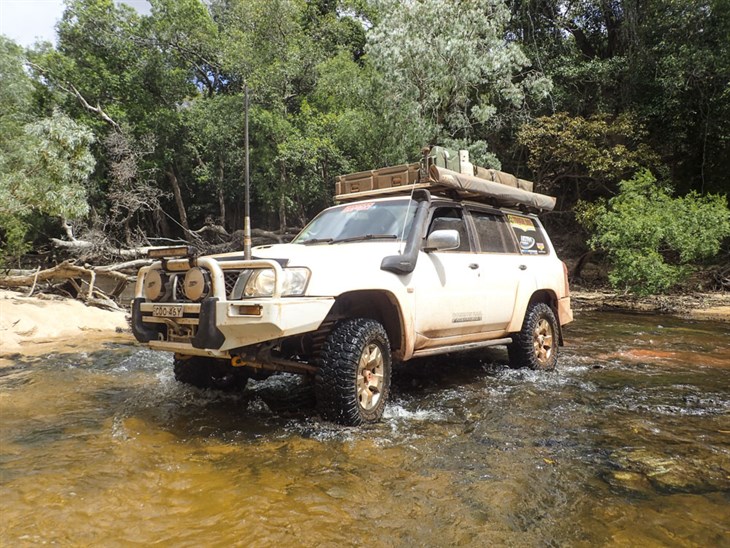 Crossing the Wenlock River on the Frenchman's Track

The Frenchman’s Track starts out in the east as a heavily corrugated and washed out track that runs almost dead straight to the Wenlock River which has a number of steep entry tracks than need to be rebuilt every few seasons due to damage in the wet season from erosion. This crossing and the one of the Pascoe River further along the track are often impassable until very late in the dry season due to the depth of the river and the strong currents in the Pascoe. This late in September though, the track posed very few difficulties with only a few sections of deeper, muddy water giving us any real challenge. We did however experience about 30 minutes of rain, which created a challenge later on. 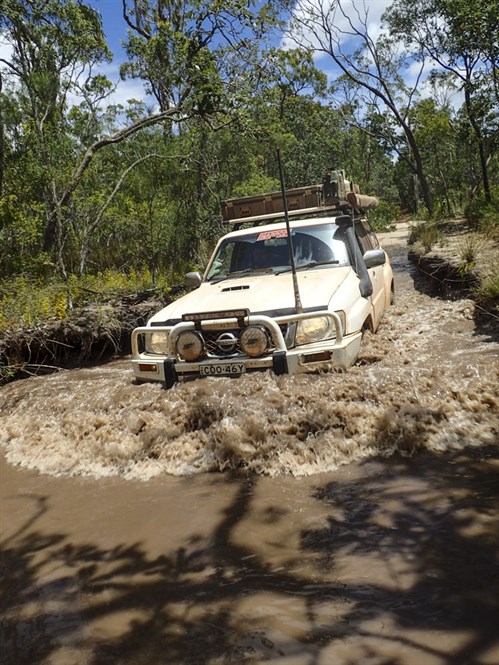 Muddy Section of the Frenchman's Track

The difficulty in crossing the Pascoe River is in the varying depth of the water caused by large rocks in the base. By walking the crossing carefully, the wheel-swallowing holes can be easily avoided. At the time we crossed, a large hole existed in the up-stream side of the crossing that forced drivers to take a double dogleg approach to stay in the shallower waters. Once this was spotted and marked though, the crossing posed no real difficulty. The entry and exits on the other hand were a different story. The rain we had earlier in the day had created a greasy entry slope into the river which had the GU battling for traction every inch of the way down the hill. We inched down the steeper sections of the track and slipped on a number of the clay covererd rocks, which did plenty for the heart rate, but didn’t stop or damage the Patrol. 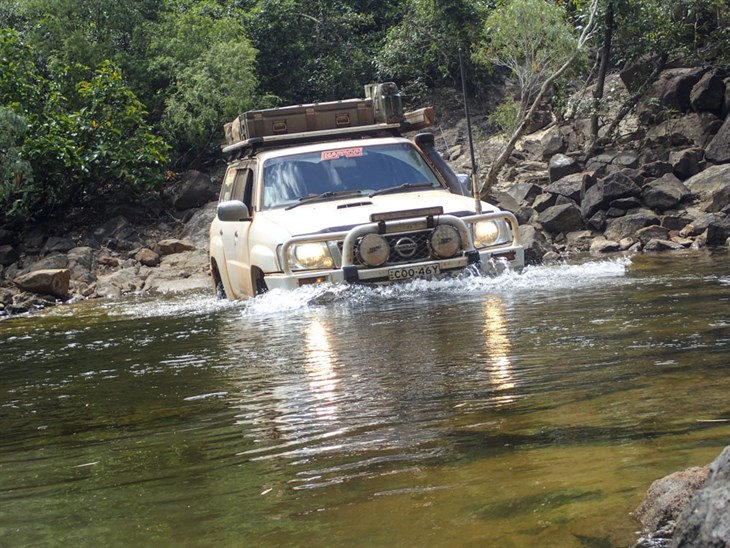 Once we had made our way across the Pascoe, the run into Portland Roads is a walk in the park on a graded road. Care should be taken though as the road does have a number of blind entry single lane bridge crossings. The Lockhart River community, the closest community to the Chilli Beach camping areas is also a completely dry community, with no alcohol permitted. Fines and penalties for failing to adhere to this policy are monstrous, so if you are carrying alcohol in any quantity, steer clear. The Camp Grounds themselves however are outside the exclusion zone, and have no restrictions. 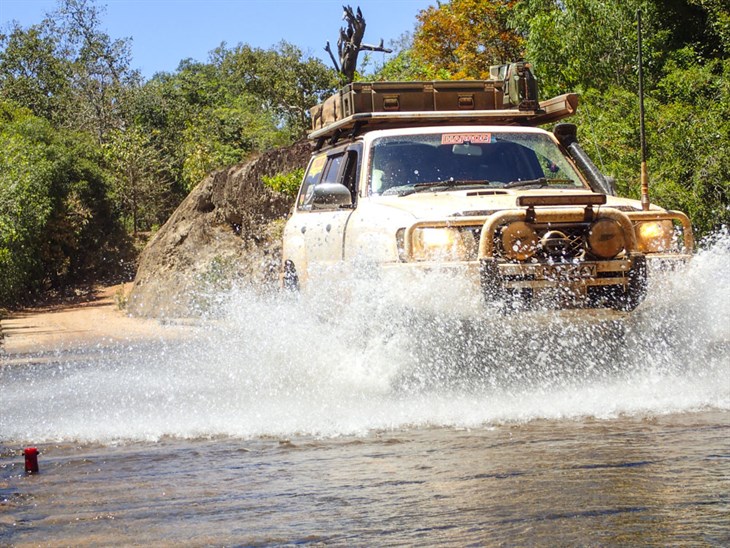 We arrived at Chilli Beach at low tide, which is the best time to access the beach. Because of the protective headlands, and wide expanse of the bay, the sand’s gradient is very shallow. At low tide, a huge expanse of firm sand is exposed, which borders the camp ground, lined with huge palm trees whose routes lay exposed as the wind and tides erode the sand at their base. If you asked someone to describe ‘island paradise’, chances are this scene would be first to come to mind. At high tide, the expanse of sand is only just covered in water, creating a vast expanse of shallows and as the tide comes in, that area is covered with water at a rapid pace. In the space of just two minutes, we watched the tide advance half a metre along the sand flats. 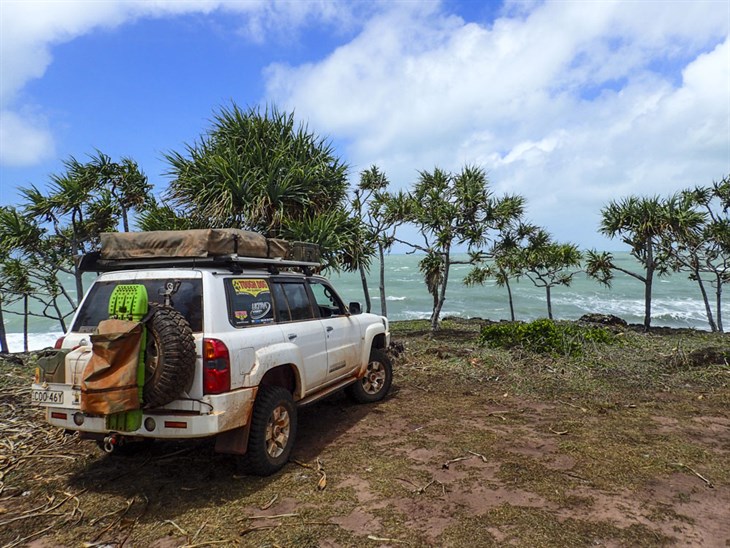 Palms on the East Coast 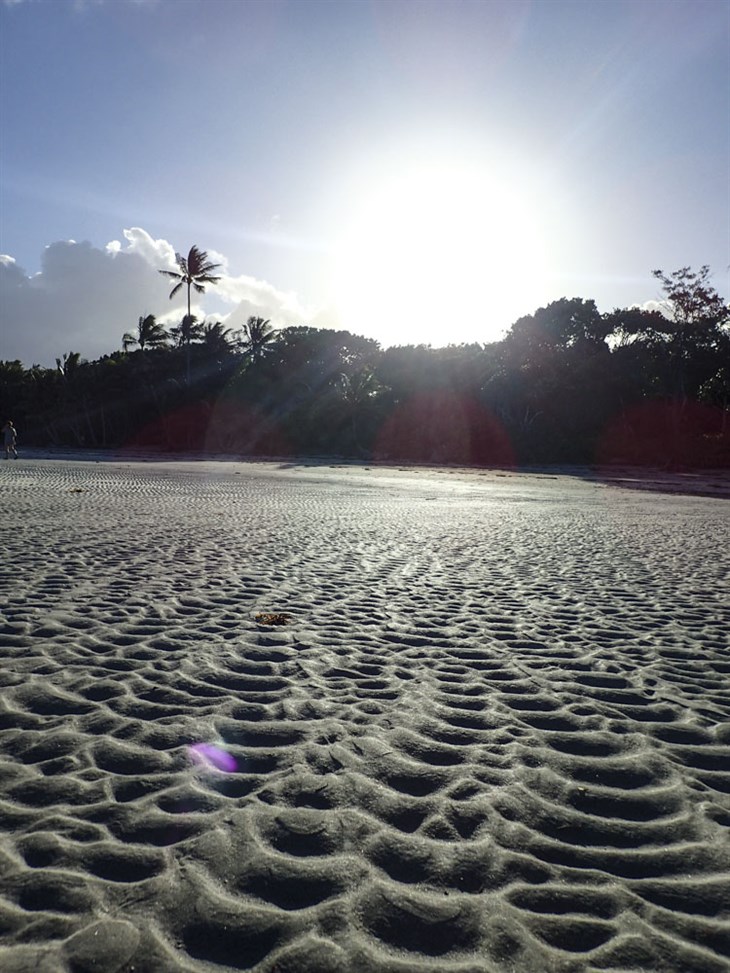