Chilli Beach was just as awe inspiring as it was when we left it the night before, but the morning sun on the sand flats and granite rocks made the scene all the more vibrant. Although this is still an area that Crocodiles have been seen in, we were able to enjoy a morning swim because of the excellent visibility afforded by the shallow waters. 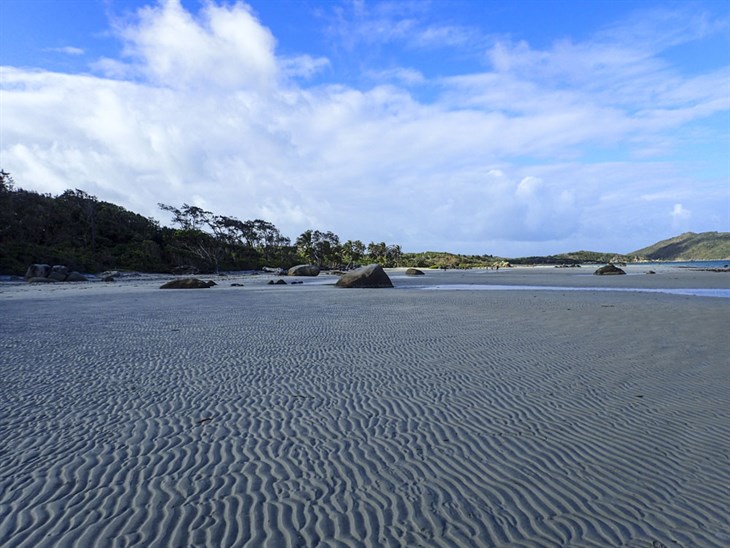 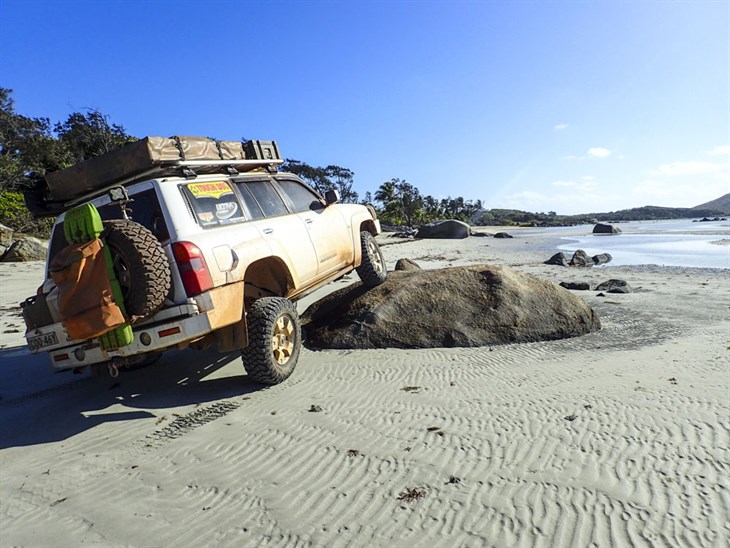 We decided to check out a Café at Portland Roads, a small outpost settlement just North of the beach that was rumoured to put on a fantastic spread. Apart from the fantastic food offerings, Portland Roads was a point of interest because of its rich and varied history. First as an outpost for gold prospectors, which saw the original Portland Roads Jetty Built and later as an important base in WWII. The Iron Range airstrip nearby was considered extremely important, and so the Jetty was subsequently extended. The area played home to over 50,000 troops over the course of the war. Now, the only remains of the Jetty are a few of the foundation pillars above the high tide mark. 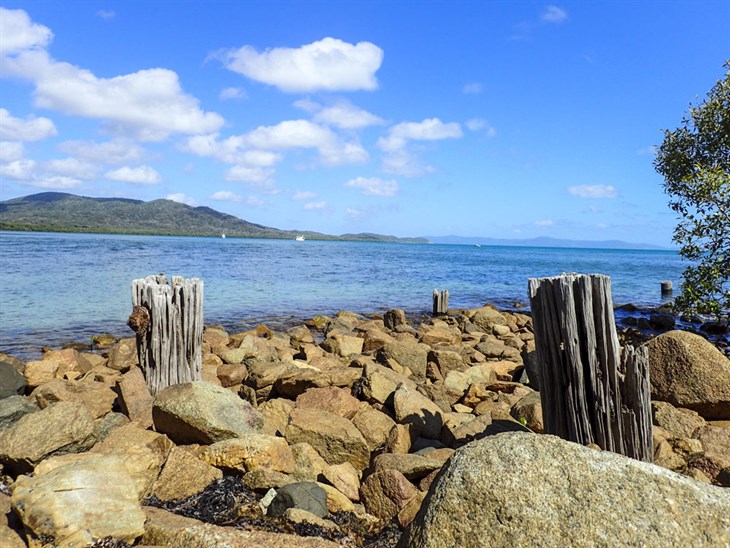 We then made our way south via the main graded road, which fords both the Pascoe and Wenlock Rivers, though in a much more developed state than our previous crossings on the Frenchman’s Track!

We continued south through Coen, where we refilled the diesel tanks before heading on to Musgrave Roadhouse, where we decided we had endured more than enough corrugations for the day, and opted for the scenic route through Lakefield National Park. To Laura, which was our intended stop at the end of the day. 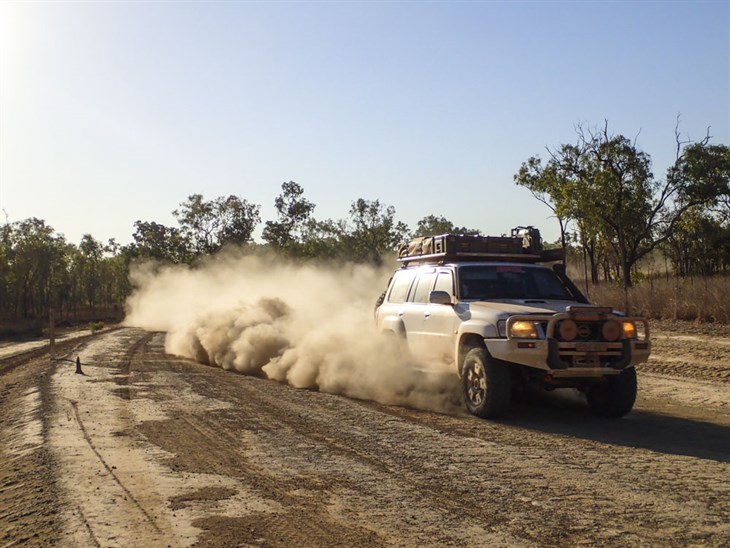 Amazingly, the road conditions since we last passed through had changed. Not dramatically, but we experienced much more frequent bull dust holes when compared to the run North, probably as a result of increased vehicle traffic without any rain.