There isn’t anything really quite like putting pen to paper, and putting a tick against a long held bucket list wish. For me, Cape York has always been a ‘must do’ destination, but always one that’s been just on the peripheral. After just shy of 12 months of planning though, we’re just a few days from heading off to experience the Cape. Even after having adventured off-road in every state of Australia, and experiencing some pretty special locations, I’ve never made it to the northern most tip of Australia.

So after the initial idea was floated one lazy Sunday afternoon on the back deck of our local watering hole, the planning began.

Our route starts initially in Sydney, where we’ll be hot footing it directly to Cairns over a three-day journey before a final stop and prep in Cairns. From there, our itinerary is a veritable who’s who of Cape York destinations & 4WD Tracks. We’re going to kick off with the infamous CREB track and the slippery clay that awaits the ill prepared, followed by an overnighter at the famous Lion’s Den Hotel.

From there, we’ll be making our way North along the Eastern coastline past the mouth of the Starke River and on to Cape Melville. This section of the trip promises to be one of the most remote, and will be the longest stretch out of civilization!

Heading West to the Peninsula Developmental Road, a quick resupply at the Musgrave Roadhouse will see us prepared to journey north onto what is arguably the most well known of the Cape York 4WD tracks, the Old Tele Track. If you’re a keen low range 4WDer, you simply cannot travel all that way without putting this track high on the list of things to do. Apart from the 4WDing, the consensus is that the brilliant swimming at Elliot and Twin falls, not to mention the other lesser known water holes will be a highlight of the trip.

When we finally emerge from the OTT, we’re heading directly north, across the Jardine River Ferry and into Bamaga. The plan here is to unwind, and watch the world go by from the northern-most town in Australia. After all, last time we checked, the whole point of a holiday is to take a step back, and reset from the fast paced world we all seem to live in these days.

After four, five, or even six days of well earned rest & recuperation, our Journey South no less adventurous. Ussher point fills the next spot on the off-road dance card, for what is said to be the best beach-combing in Australia. The international shipping routes from Sydney, Brisbane and Melbourne all travel past the North Eastern part of Australia, and the flotsam from those ships inevitably finds it’s way onto the shores of Ussher point.

We’ll then cross back over to the western shore to sample the fishing quality that can be had at Vrilya Point, which is one of the very few places that the Sun sets over uninterrupted water, without leaving the Eastern side of Australia!

If we ever manage to drag ourselves away from there, the route takes us south along the PDR, and then out to the eastern coast via the Frenchman’s Track. If absolutely nothing else, we will have crossed the Cape York peninsula from East to West more times than any other person does in a single trip! The Crossing of the Pascoe river is one of the highlights that stays with me when looking forward to the trip. The adrenaline when crossing that body of water is going to be at an all time high.

All told, we’ve managed to twist the arms of our respective employers and wrangle a sizable chunk of time off. A little less than six weeks all told have been set-aside for the Cape York odyssey. Leaving more than enough time to explore the landscape, and really enjoy the trip.

A expedition of this size is not exactly the type of thing you want to head off on for a moments notice. The more we have sat and thought about the trip, the more frequently the plans and the preparation strategy has changed.

After years of Off-Road travel, one of the most important factors to enjoying the trip, and keeping your sanity, is organization. The Patrol has received a new set of storage drawers, as well as a drop-down fridge slide to ensure that everything can be accessed quickly and easily. The last 3 months worth of weekends have been a relentless procession of planning & modifications to make our home-away-from home the most comfortable place to be.

Accommodation has been elevated to a more lofty position for this trip, with the addition of a Roof Top Tent to ensure that we remain off the menu as human-sized sausage rolls for the snapping handbags that call Cape York home.

The big constant has been a concern that we have worked tirelessly to try out best to avoid is being let down, and stranded as a result of poor quality gear. The Nissan GU Patrol that will be our home for the next 2 months has had Mickey Thompson MTZ’s fitted since it came into our possession. The current set of boots has been worn down to about 50% tread, and the trip north demanded we have fresh tyres with 100% tread. We also saw this as a good opportunity to see just how well the MTZ’s fared in this type of punishment.

For all the information on where we’re headed, how we’re going and how the Mickey’s are holding up, check out our trip reports as they happen on the Mickey Thompson Tires Facebook page.

Blog 3: Cooktown to Musgrave Roadhouse Via The Starcke Roadhouse

Blog 14: Bloomfield Track and a Spot of Luxury 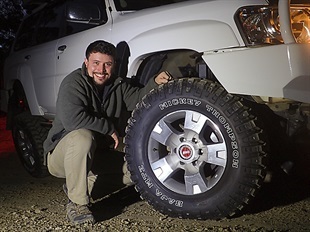 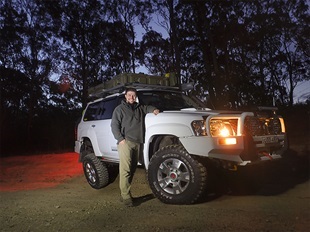 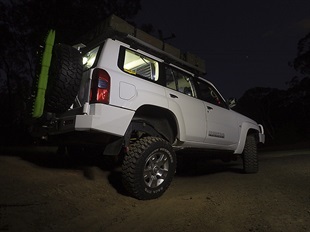 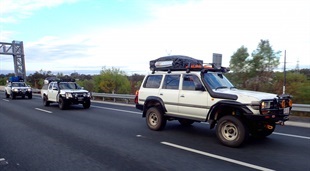 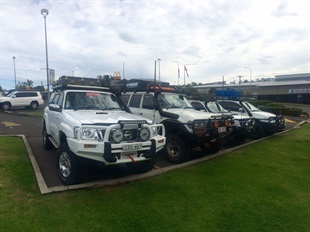 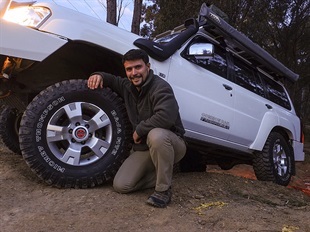