Why a Chevy LUV Truck?

Mickey Thompson was a racing legend and innovator who continually strived to come up with ideas no-one else would even try. It was this kind of thinking that led Mickey Thompson to build the 1975 Chevy LUV truck.

After his engine seized and losing an oil pump in a race, Mickey and his builder John House were discussing ‘What’s next?’, when they looked across the road and saw the LUV truck sitting in a used car lot. It was then, in a spontaneous thought, that Mickey and John started spit-balling and blue skyin, about whether they could put an engine in the bed of the LUV truck. They ended up unloading their race truck and loading the LUV truck to take it back to the shop to start cutting it apart and modifying it.

History of the LUV Truck

Still carrying the battle scars of the desert from racing in the famous Baja 500 and in its original unchanged set up with the body draped in the U.S Marines stars and stripes, this truck is a true beast weighing only 2800 pounds (1270 Kilograms) and with a 7.4-Litre, 600bhp rear mounted V8 this truck suited Mickey’s driving style to a tee.

After the Baja 500 the Chevy LUV Truck performed to the audiences of popular off-road stadium events before being mothballed in its desert duelled condition. It would then spend retirement on public display at California’s NHRA (National Hot Rod Association) Museum as an American Icon of off-road racing.

When you look closely at the LUV Truck you can see Mickey’s innovative mind written all over it.  From the throttle cable running through a multitude of strategically placed pulleys to get to the quad barrelled high CFM carburettor, to the quirky shoe sole accelerator pedal where Mickey would “stand on the gas”.  Such power comes from a modified Chevy 7.4-litre (454 cu in) aluminium LS7 engine on show on the truck’s rear shelf and behind an almighty semi-trailer’s radiator with a unique custom made air-flow system for cooling. There’s a titanium roll cage that was state-of-the-art back in the 1970’s while the torsion bar is Smokey Alleman-fabricated, with three Mickey Thompson shock absorbers at each front wheel, and four at each rear wheel.  Built for intense desert racing even Mickey’s bucket seat has full suspension and shocks. 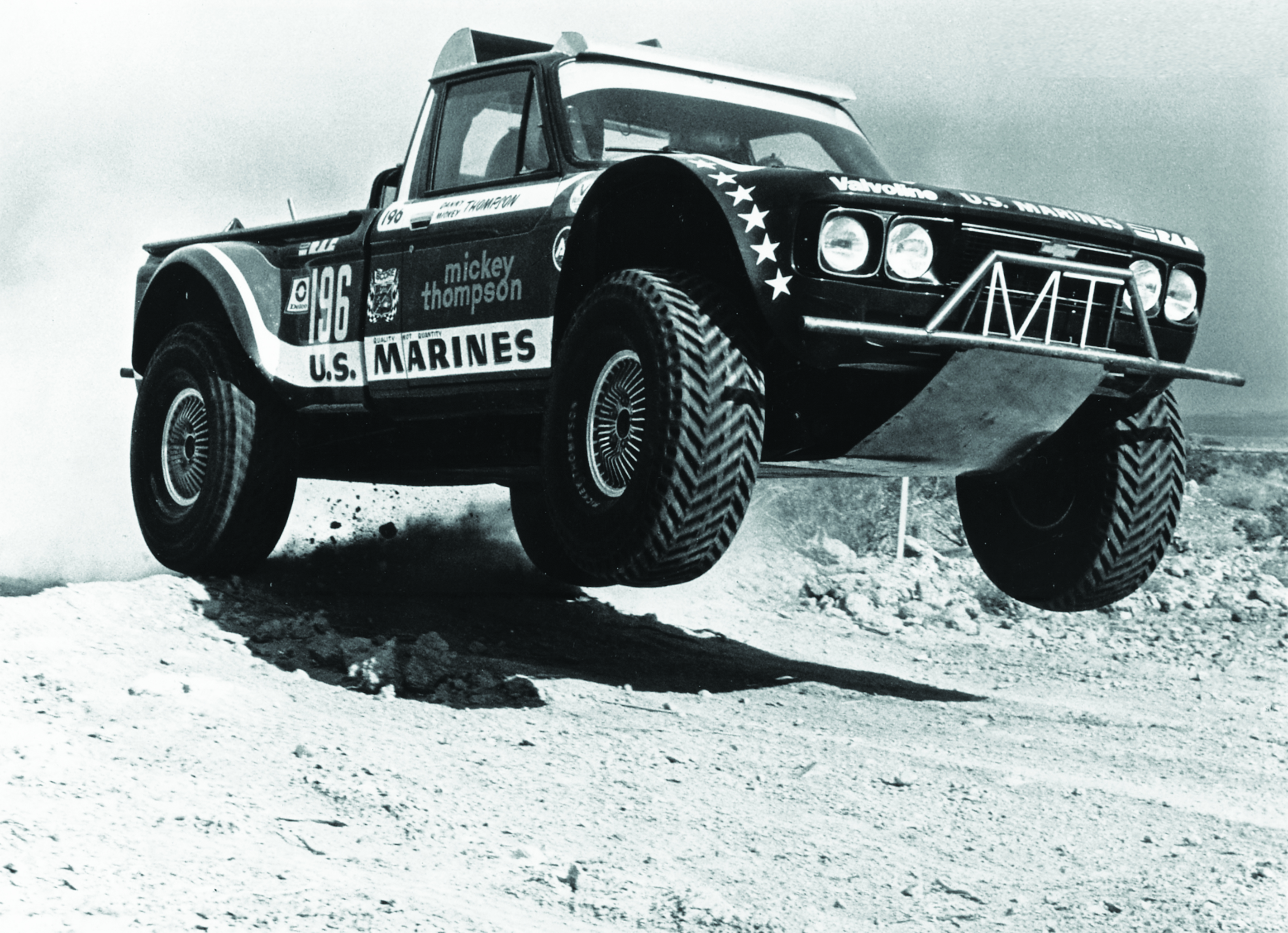 LUV Truck with U.S. Marine stars & Stripes in the desert 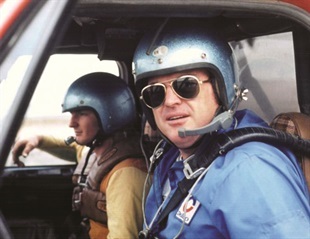 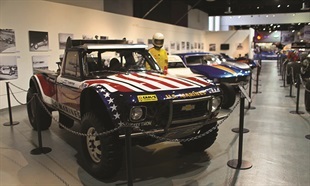 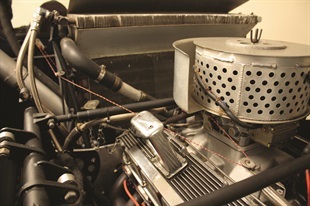